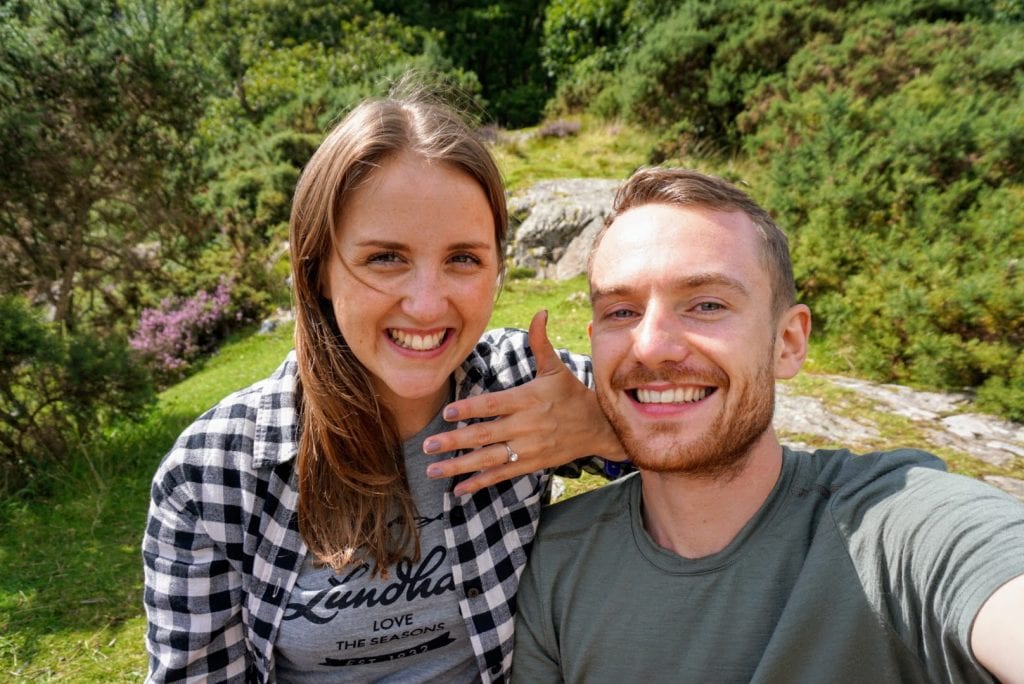 A lovely romance, with best friends who became so much more than that, Adam and Rachel’s story begins at the start of secondary school. In the same classes for many subjects, they hung out together, and often walked Rachel’s dog Louis. Adam always wanted to be more than friends, but never quite worked up the courage to do anything about it. He claims to have been a spotty maths geek, and that’s a big barrier to overcome when you’re a teen!

Rachel and Adam both went to Leeds after school, although at different universities, so their paths crossed still, from time to time. For his third year, Adam studied in Sydney, Australia, during which time Rachel saw the light, realising how much she missed him. Adam’s feelings hadn’t changed (though he was less spotty by now, and more confident), so when he returned to Leeds, they began dating, and he says ‘everything fell into place’.

After graduating, they moved together to London, where they both got jobs, and have been living together for four years. Best friends, falling in love.

Here’s where the story changes slightly from the script you’re expecting. Adam and Rachel both love to travel, so they’ve decided to quit their London jobs and take a year out, travelling around the world. Their itinerary includes Nepal, India, Sri Lanka, South East Asia and New Zealand. With this big plan in the future, they wanted to embark on their adventure as an engaged couple, which left Adam contemplating how and where to propose, and with what, and Rachel expecting an engagement ring at some point, in a place that has significance for the two of them maybe…

Adam explains, ‘deciding where to propose was the easy part. We have a special place in Keswick, just on the shore of Derwent Water, which we visit every year when we go camping. It’s really peaceful and has stunning views all around. The how was a little trickier as I wanted it to be a surprise and a bit special and romantic.’

After dismissing a variety of ideas, as impractical or ‘not really us’, he decided to get a little sneaky. He hired a canoe, and they paddled over to the spot, so that Rachel didn’t realise until the last minute that that’s where they were headed. The weather was on his side, and the sun shone, while they had a picnic, and Adam tried to work out how to bring up his proposal in a conversation.

Then a strange thing happened. Some background: in Adam’s family, there is a tradition that says a robin near by is his late Nana or Grandad watching over them. So when a robin came out from a bush to visit the picnicking pair, Adam took this to be confirmation that this was the moment. He asked Rachel if she would spend the rest of her life with him, and she said yes. Much delight and relief all round! 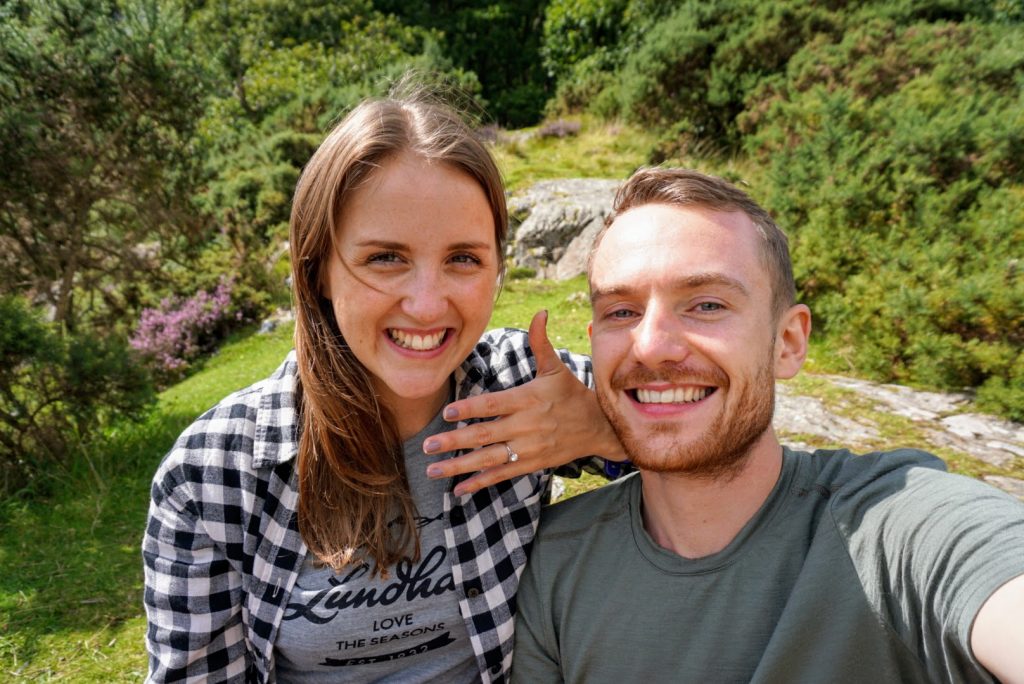 And the ring, well, the ring was something that initially caused a few headaches. Adam had been looking in high street jewellers, and hadn’t seen anything that really impressed him. Plus he wasn’t sure that he wanted a regular mined diamond in any case. Researching online, he found out that he definitely didn’t want a mined diamond. He says ‘it didn’t seem right to have a symbol of love come from a less than reputable background’.

So, investigating man-made diamonds, he came upon Ethica Diamonds, where he was delighted with the choice of rings, the styles, and the lab-grown stones. After some pondering, he chose the Lucille, with its delicate basket setting. Rachel is delighted, and Adam’s sure they’ll come back in the future. Wedding rings perhaps Adam? 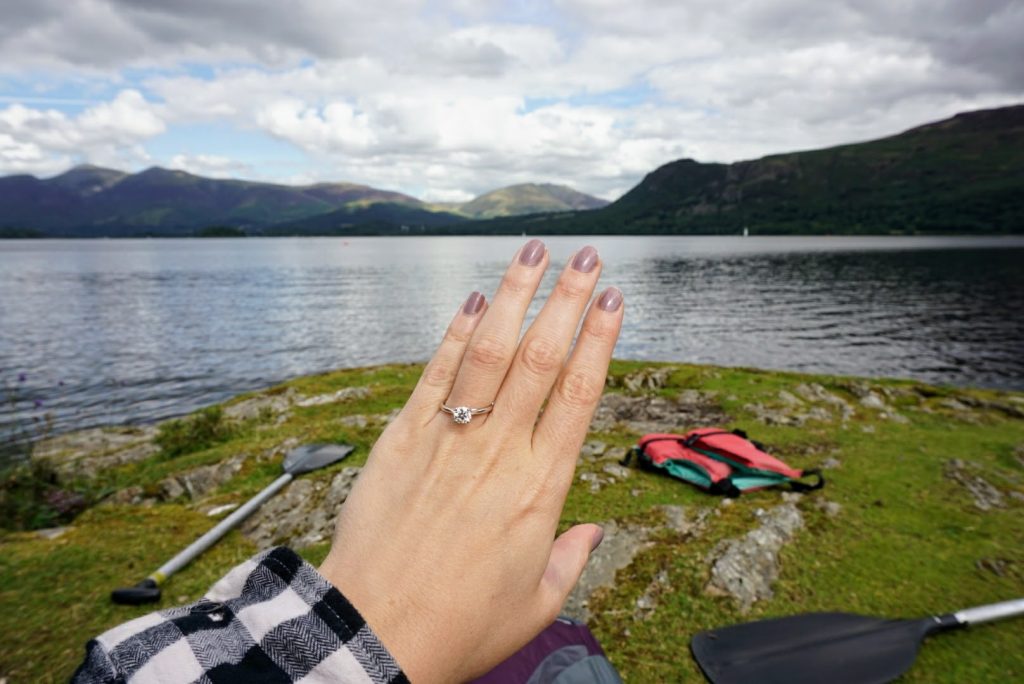 We wish Adam and Rachel all the best on their travels, and in their relationship. 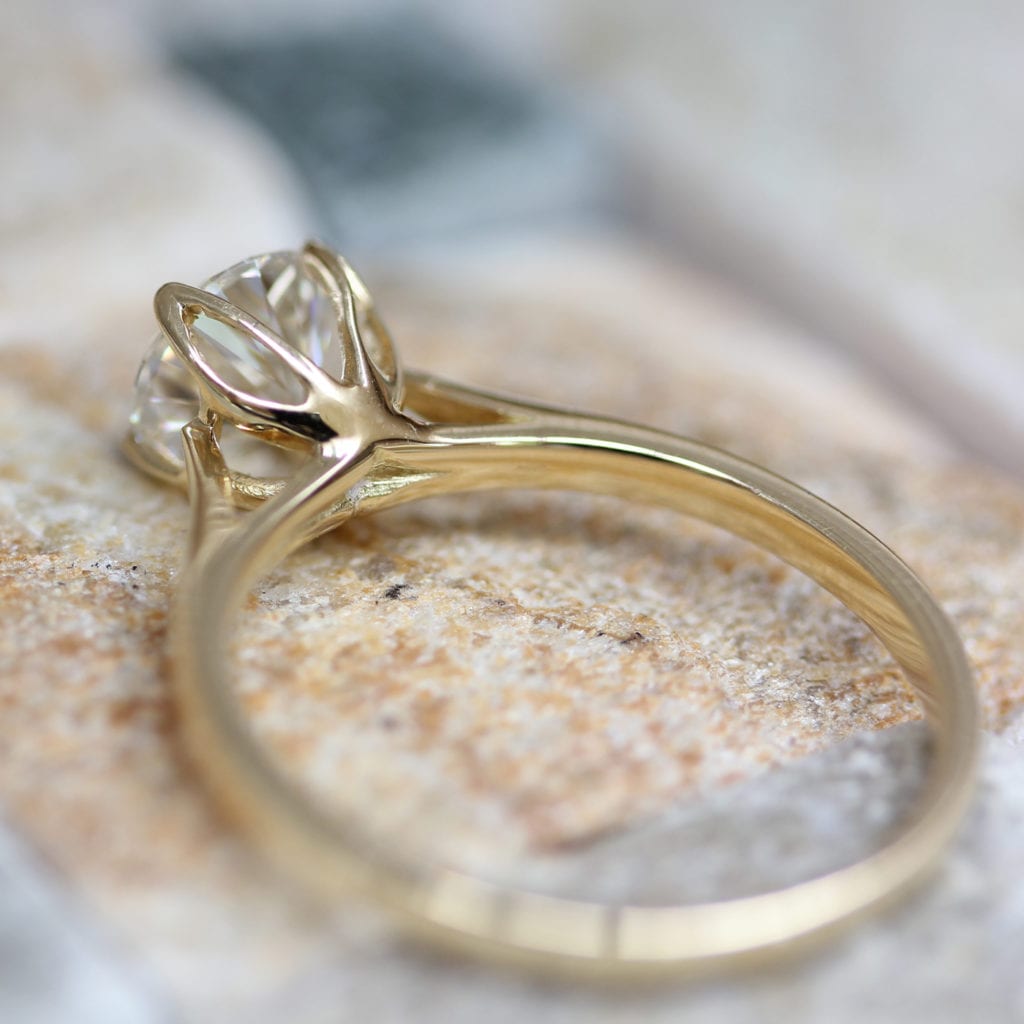 The Lucille ring has a beautiful open setting allowing the light into the lab-grown stone. 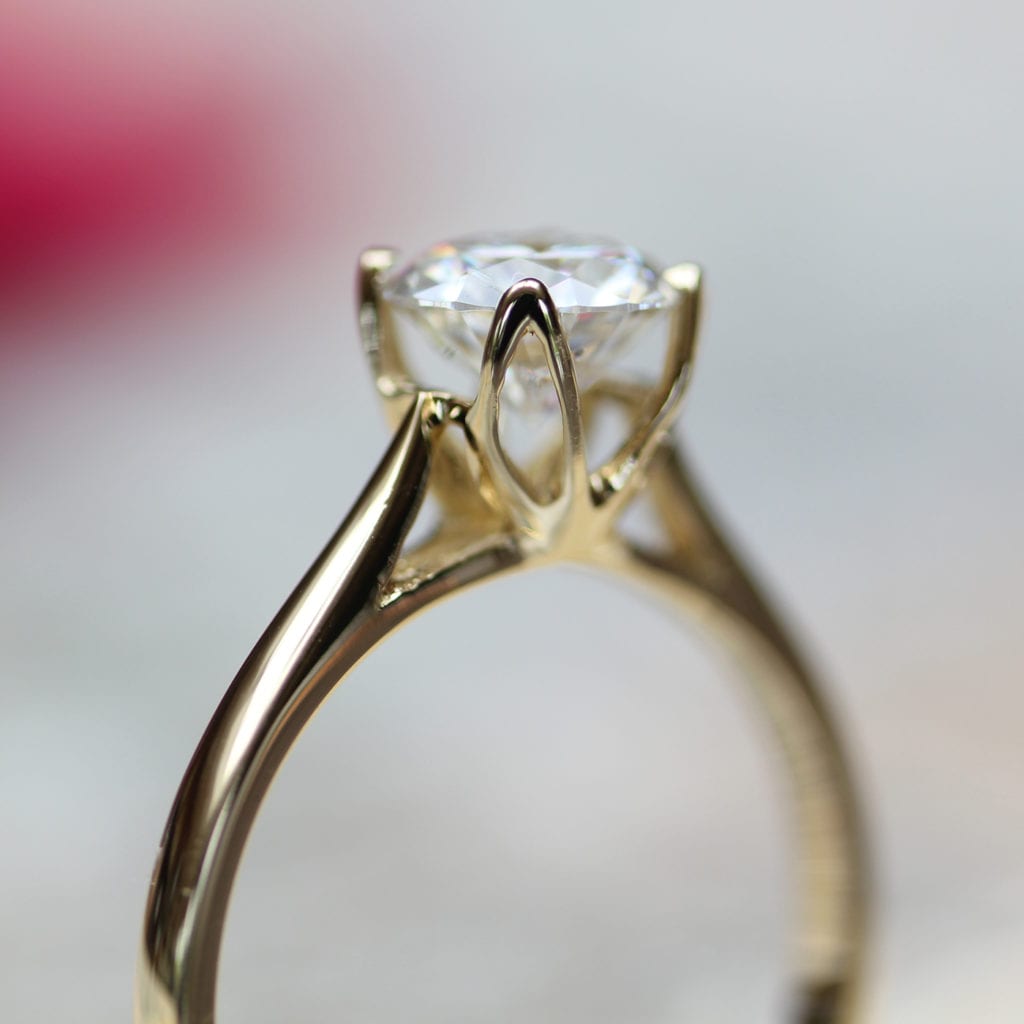