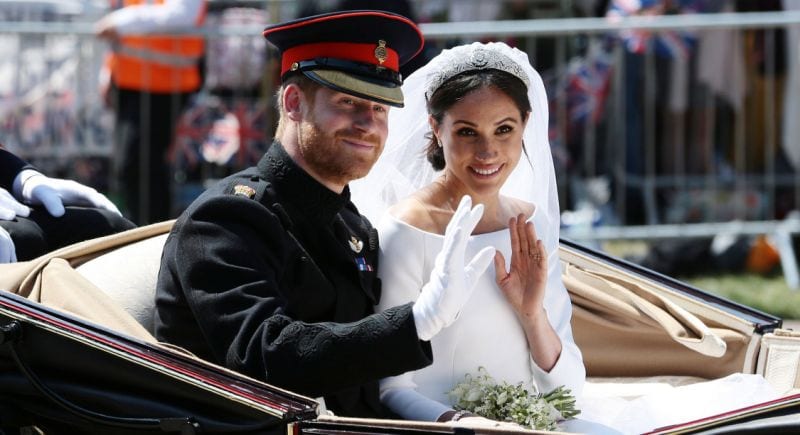 You might have noticed that there was a Royal Wedding at the weekend… although, to be honest, the media coverage has been such that it’s been very hard to avoid, recently!  The fanfare surrounding the wedding of Prince Harry and Meghan Markle has been more than most people experience, but then most people aren’t a royal prince, or a famous actress.

However, we love a wedding, a chance to celebrate the love a couple has for each other, and publicly commit to one another.  So if you’re an ardent republican, maybe skip to another blog…

We’ve already written a blog about royal engagement rings, back when Harry’s proposal was made public, so we thought that we’d follow that up with a short blog on royal wedding rings.  We might also be planning one about some of the other jewellery that was on display at the wedding, so keep your eyes peeled!

The tradition, in the Royal Family, has been to choose a plain gold band, usually for the ladies only, and since 1923, to use rare Welsh gold.  Harry, chose a textured platinum ring, made by Cleave and Company, who designed the engagement ring, we’re told. There aren’t many pictures of it, but this seems to be one of the best!

We do know about Welsh gold though. The Clogau St David gold mine, in Dolgellau, Wales, is no longer in operation, but it has long ties with the monarchy.

In 1911, at the investiture of Prince Edward of Wales at Carnarfon Castle, pure Welsh gold from Clogau St David’s was incorporated in the regalia – the coronet and sword particularly. Prince Charles also wore these items at his own investiture as Prince of Wales, in 1969.

When the Clogau St David’s mine closed in 1911, a nugget of gold was gifted to the Royal Family, and has been used in wedding rings since then.

In 1923, Lady Elizabeth Bowes-Lyon was the first to wear it, on her marriage to the Duke of York.  Of course, this pair are better known as King George VI and Queen Elizabeth, and later The Queen Mother.

Queen Elizabeth II, and her sister Princess Margaret also received Welsh gold rings at their weddings.  Princess Anne’s first marriage was also celebrated with a Welsh gold ring, but in none of these instances did the husbands wear wedding rings themselves.

Prince Charles broke with tradition, both giving and receiving a Welsh gold ring at his marriage to Lady Diana Spencer, and again when he married Camilla Parker Bowles in 2005.  His wedding ring hides under a signet ring worn on his little finger, so is not always obvious!

Prince William followed his grandfather’s tradition, and does not wear a wedding ring, although when he married Catherine Middleton, her ring is also Welsh gold, from the same nugget as the line of royal wives before her.

Meghan’s gold is reported to have been gifted to her by the Queen, and the ring designed by the Royal warrant holder Wartski.

Well, to start with, if you had a family lump of gold, from which everyone’s wedding rings were made, you’d probably want to use it too.

But aside from that, what is so special about Welsh gold?

Welsh gold is no longer mined, with the two Welsh gold mines having closed down. The Colgau St David’s mine in Snowdonia was Britain’s largest and richest gold mine between 1862 and 1911, and has been re-opened several times since then, most recently in 2010, with a new player hoping to return it to productive operation. This is where the royal gold comes from.

The other significant Welsh gold mine, at Gwynfynydd, nearby in Dolgellau, was closed in 1999, and although a smaller operation, has produced gold consistently since 1860.Because there is a finite amount of Welsh gold available, and no more can be mined, the price is considerably higher than gold mined elsewhere, up to ten times the price in some instances.  For this reason, much of the jewellery that is sold from under than banner of Welsh gold only contains a very small percentage of genuine Welsh material.

However, royal wedding rings are made of pure Welsh gold, which is made as 21 carat gold, not the more normal 18 carat, which means that it is softer and more likely to be scratched. 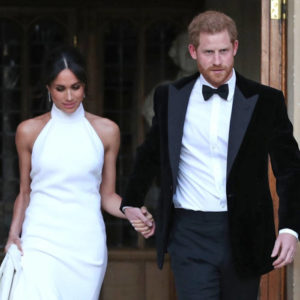 We wish Harry and Meghan every happiness in their marriage!