Our Guide To Engagement Ring Settings

Do you know your prong from your twisted claw?  And what is a bezel?  Find out more about the different ways of setting diamonds and gems into rings in our handy guide.

The prong or claw setting is one of the most popular ways to set a diamond, for the simple reason that it allows the most amount of light to get to the stone, creating the largest amount of sparkle.  Prongs (often 6, sometimes 4) hold the stone in place, curled gently over the top of the diamond, but without encasing the whole stone.

Rosalyn is an embellished 4-prong ring, with melée diamonds set in it.

Some rings, like the Cyra, take the prong approach and use six to accentuate the roundness of the central diamond. 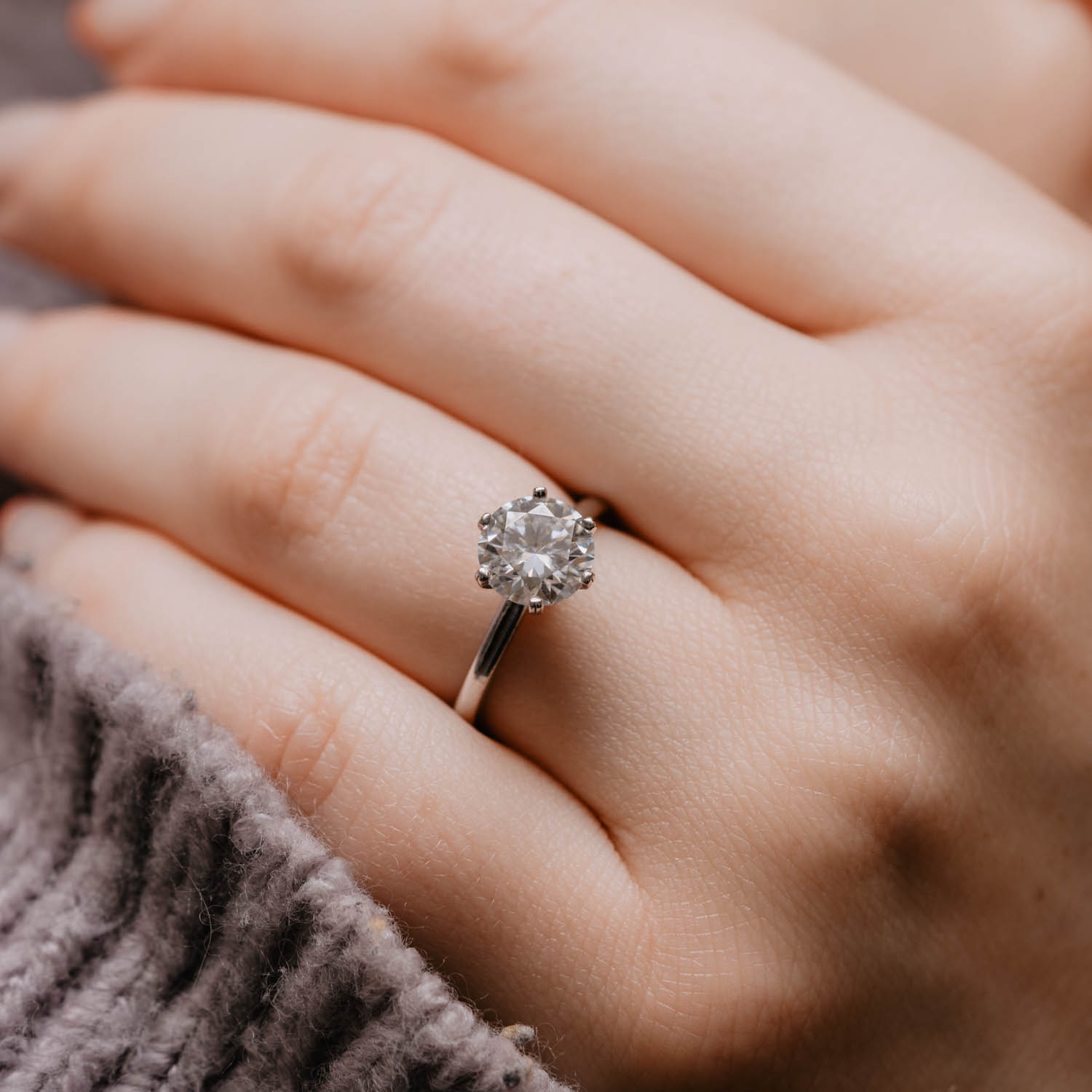 Twisted claw is a variation on the classic claw, with twisted prongs holding the stone in place.  There is still a fabulous amount of light able to get to the diamond, but a twist on the theme (pun intended). Eleos, Aria and Crissa are great examples.

Another variation on the claw setting is the basket.

This has additional horizontal gold (or platinum) between the prongs, to create more of a basket effect. One of our bestsellers, The Aesa ring, has a basket setting as you can see below.

In general, any type of claw setting sits high about the body of the ring.  Pros – it lets in lots of light for maximum sparkle. Cons – it can catch on clothing, or snag hair; if the prongs aren’t well made, then the stone could come loose (compare our prongs with high-street rings to see the difference between a sturdy prong and a fragile one).

Another popular choice of setting is the bezel, also known as the rub-over setting. Rub-over explains better what it does, but bezel sounds nicer, so that’s why we use it!  Bezel-set stones are held in place by a band of metal that circles the entire stone and are the most secure setting on the market.

We have a selection of bezel-set rings, including some with halo settings, and more than one stone.

Bezel set diamonds generally have a stylish, modern look, with a have a smooth profile.

Pros – no prongs to catch on your clothes, very sturdy.

Cons – less light to the stone, so slightly less sparkle.

Tension set diamond rings are among the most dramatic rings available, where the stone appears to be suspended between the two halves of the ring.  The diamond is held in place by the force of the metal around it, clamping it firmly.

We don’t actually sell any tension set rings, as they are the most hazardous setting you can have for a gemstone, and it is not hard to knock the diamond loose.

Our Odessa ring appears to be a tension set ring, but on closer inspection turns out to be a much safer bezel set.

When we refer to pavé set diamonds, you should know that pavé is the French for paved.  Pavé diamonds are literally paved together, for a very dramatic effect.  These are usually much smaller diamonds, and if they are not set well, you could lose one or more over time – although not from our pavé-set rings, as we take care to ensure that they are well held in place.

Lovina is one of our most dramatic examples of pavé set diamonds, with its extravagant halo. However, for those who want a bit more subtlety, we do have examples such as Posey.

The Kerry ring is a good example of channel-set diamonds, on the shoulders of the ring.  The smaller gems are held in place by the sides of the channel, in a similar fashion to the bezel setting, but for a whole row of small diamonds.