Edward managed to pull off a surprise proposal to his Danish fiancée Nanna, and she had no inkling that he was about to ask her to marry him, let alone that he had a perfect engagement ring in his pocket.

They had visited Brazil, in December, for Nanna’s brother’s wedding and after the event they had travelled to the town of Paraty along with Nanna’s family. Edward managed to line up a spectacular thunderstorm, for ultimate atmospherics, while he popped the question.  He admits to being nervous, but says it was a fantastic evening. 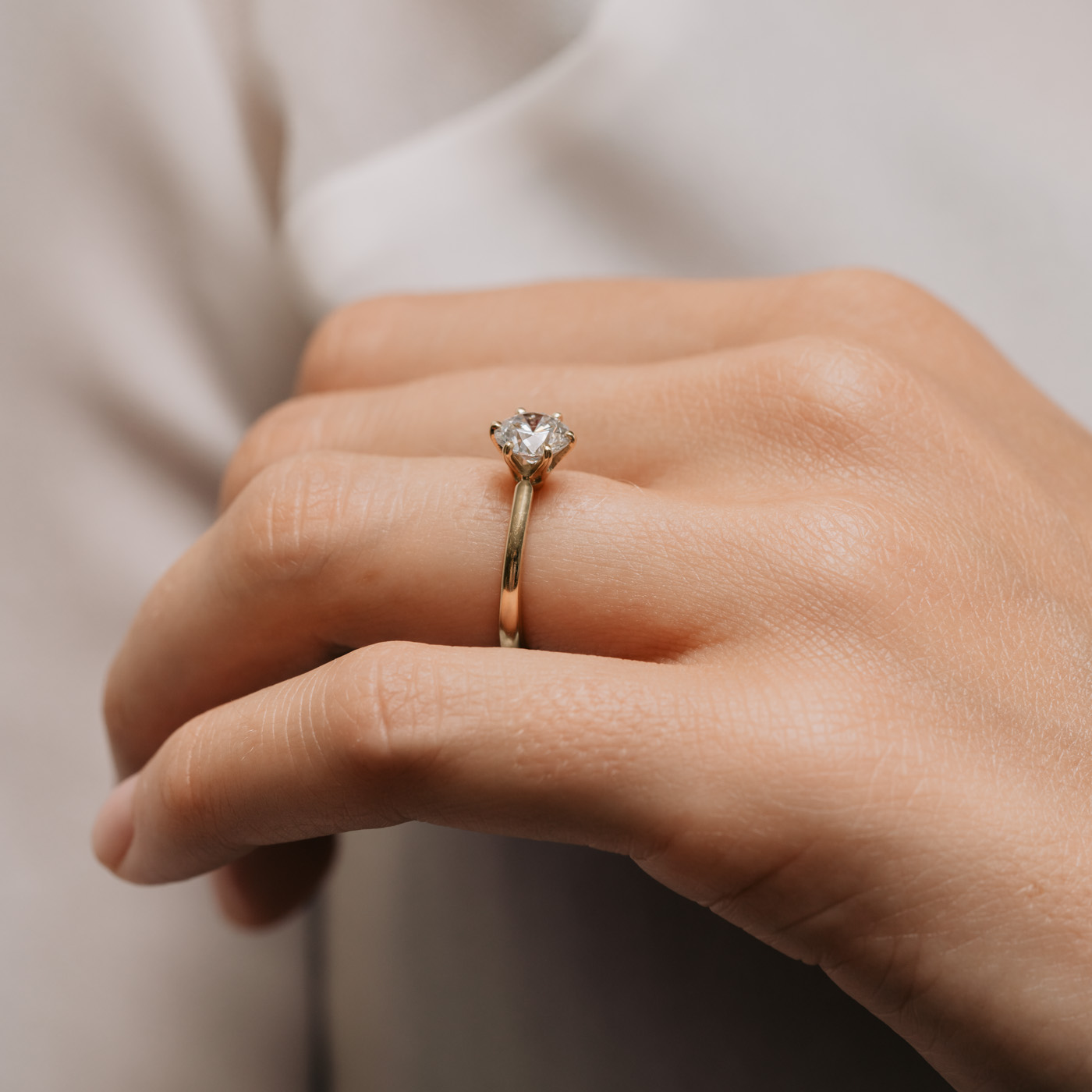 Nanna’s response was initially ‘is this a joke?’ followed by, ‘is that real?’ when she caught sight of the gorgeous ring.

This was followed by a flood of happy tears, though Edward says he’s actually still waiting for an official ‘yes’…

The show-stopper lab-grown stone was chosen by Edward because he didn’t want a diamond that could have been the product of exploitation of others, and loved Ethica’s lab-grown gemstones, and their ethical and environmental ethos.

He, and also Nanna, are delighted with their ring, and we’re very happy for them.  Best wishes for many years together, and more romantic moments, guys!