Majid and Emily met by chance whilst both travelling separately in South America. Majid was getting breakfast with his friend and another traveller they had met the night before on a coach, when Emily and her friend walked in. Emily happened to know the traveller they had just met and so her and her friend came over to join them. They ended up all staying in the same hostel and spending an amazing weekend together as a group. They went cycling Death Road and exploring a bit of La Paz. Emily and Majid hit it off as friends, but they both had other holiday romances going on with other people, so they went their separate ways when the weekend came to an end. 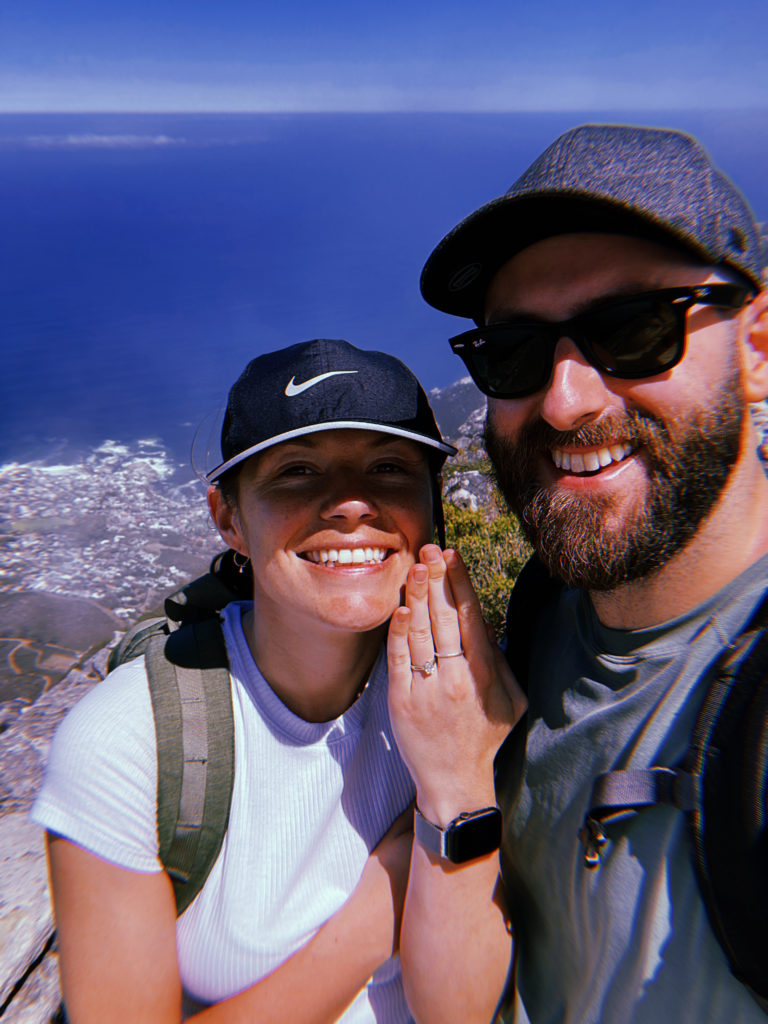 Seven months later, Majid is back in London, walking around Brixton on the way to a friend’s BBQ. Realising he was early (and the friend hosting is always incredibly late) he stopped on the way to sit down and call his brother for a catch up. Part way through the call he looks up, and see’s two girls walking down the street. H recognised one of the girls from somewhere, it was Emily! They each do a double take, they hadn’t seen each other since that weekend seven months ago in South America. The only contact they’d had was an instagram like here and there, yet fate had brought them together, in a chance meeting in a part of London that neither of them lived in. Emily came over, they chatted and Emily (the braver one of the two) suggested they go out for drinks. That was two and a half years ago, and now they’re engaged!

When asked when he realised he wanted to pop the question, Majid said ‘It’s tough to pinpoint an exact moment when I knew that I wanted to propose, but I have known for a long time that Emily is my person and that I want to marry her. From day one I have always been able to be myself. She makes me better and the happiest I have ever been.’ The pair had openly spoken about getting married, but Emily never dropped any hints. Emily is amazing at surprises, and incredible at planning parties and events for other people. However, when it was her turn to be surprised, she had absolutely no idea! Majid says she was absolutely fuming that she didn’t detect a single hint of what was going on, and he says the satisfaction of the surprise was ALMOST as good as when she said yes. 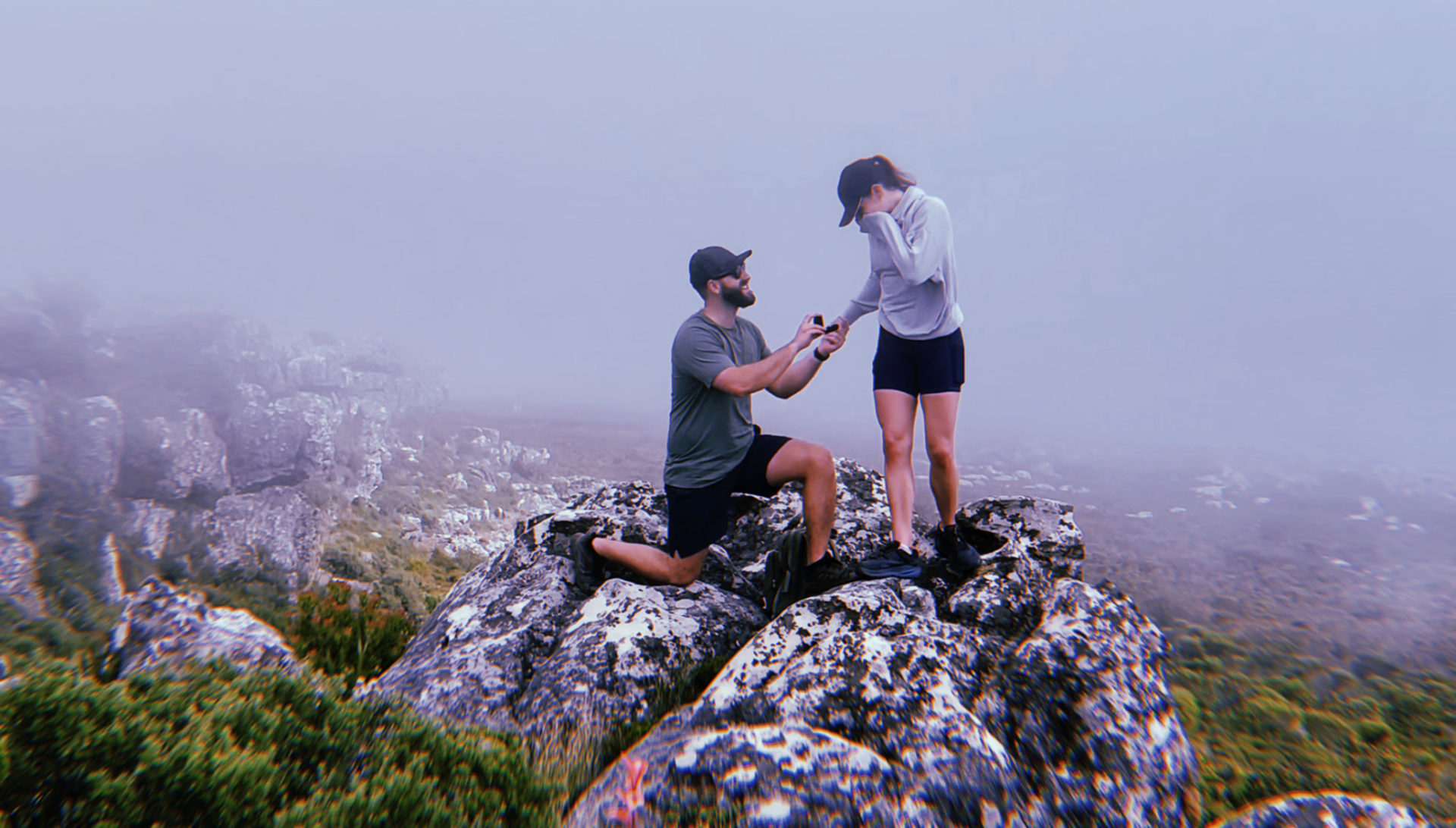 Mijad found Ethica Diamonds through a suggestion from their friend Loz. Being a jeweller herself, Loz was the perfect person to entrust with the big proposal secret, and to help with the purchase of the engagement ring. So when she suggested Ethica, Majid knew the sustainable ethics of our brand would align with Emily’s and that it would mean a lot to have a ring from a jewellers based in her home place of Cornwall. He had a good idea of the design he wanted and chose the gorgeous Verbena solitaire pear engagement ring, set with a stunning 1.10ct carbon neutral lab grown diamond.

So with the ring sorted, it was now time to plan the proposal! Despite not dropping hints, Emily had made one thing clear, she wanted their engagement to be a private affair. No crowded venues or flash mobs, somewhere quiet and intimate just for the two of them. The pair both share a love for hiking and exploring the outdoors, it’s an activity they’ve treasured together, particularly during the first lockdown when they lived in Cornwall. They had a trip to South Africa booked for January 2022, and it would be their first long trip away as a couple. They we’re planning a hike up Table Mountain in Cape Town, which would make for the most stunning proposal backdrop and involve their favourite activity, it was perfect. Once they made it to the top of the mountain, Majid led them a little further to Maclear’s Beacon, the highest point where it was quieter and more private. They stopped there to relax, reward themselves with snacks and take in the view. Majid set up a camera on a tripod to take a triumphant picture of the two of them at the top, but little did Emily know he had actually set it to record. While the two posed in front of the incredible view, Majid started his speech and got down on one knee.

As you might have guessed, Emily said yes! Although she wasn’t happy that she hadn’t had even the tiniest suspicions of Majid’s plan, the two are overjoyed to be getting married. The wedding planning has started with tackling the guest list and heart palpitations about how expensive it all might be! We would like to wish Emily and Majid a huge congratulations on their engagement, we’re so thrilled we could be a part of this epic love story!