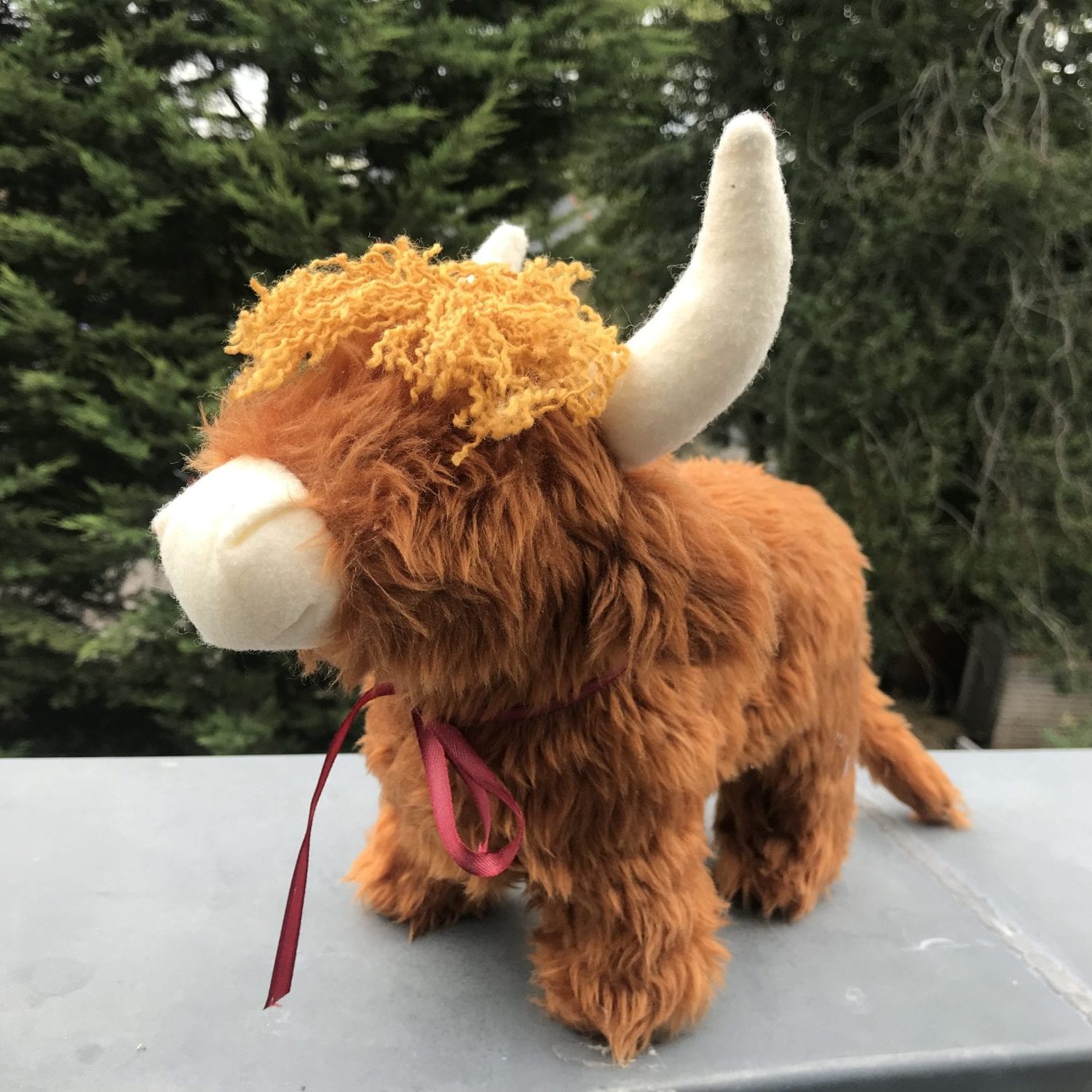 Martin and Rachel – a marriage made in Cornwall

Martin and Rachel met as students, in their first weeks at university, and began dating at Christmastime, that first year. Martin made Rachel a Highland cow soft toy, which has been well loved over the years, but fast-forward ten years, and it was starting to show its age.

For his proposal, and for her Christmas present in 2017, Martin made Rachel a new soft toy cow, but this one had an engagement ring tied around its neck with a ribbon! You can’t say no to a proposal made with a stuffed cow, now can you?

Backtracking a little, after a relationship of ten years, Martin felt that the time was right to get engaged, so began investigating rings.  The pair are surfers, and spend a lot of time in Cornwall, so a ring from a company with a strong environmental ethos was clearly important.  And the Cornish connection sold it for Martin, with the individual touch that comes from a ring that is hand-made to order.

The Anaia ring was one that appealed to Martin from the start, with its rubover setting, asymmetric design and wave-like styling. He explained initially that it had to be one that ‘wasn’t too fragile, and that Rachel couldn’t bash the diamond off’, then decided to employ some tact to clarify that she’s very active, and works in a hospital setting, so it would need to be durable.  We know what he meant, Rachel!

So, Martin had a ring, and a Highland cow… and on Christmas Eve 2017 he and Rachel were staying with her parents.  He asked them for their blessing, and then spent the next little while positively buzzing with adrenaline, and unable to form a coherent sentence while they were preparing the vegetables for the next day’s Christmas dinner.

Rachel noticed something was up, but was completely surprised by the proposal next morning, with Martin down on one knee, presenting a cow with a ring.  Rachel was delighted with both the proposal and the ring, and happily said yes.  As it was Christmas, they were able to share their news with lots of Rachel’s family, during the day.

The Anaia solitaire Martin had chosen is best paired with an Anaia wedding ring because of its shape, made to fit exactly around the diamond.  It’s one of our favourites (shh, don’t tell anyone)!

Martin and Rachel don’t hang around once they have a plan.  After a 10-year relationship up to the point of getting engaged, it took them just 4 months to get married, with a ceremony on Rachel’s birthday in April.  Rachel’s mum had got married on her birthday, and it’s becoming a family tradition now, but Martin says it was rather a lot of work to organise a wedding so quickly.  I think you’ll agree they did a fantastic job, and both look lovely! 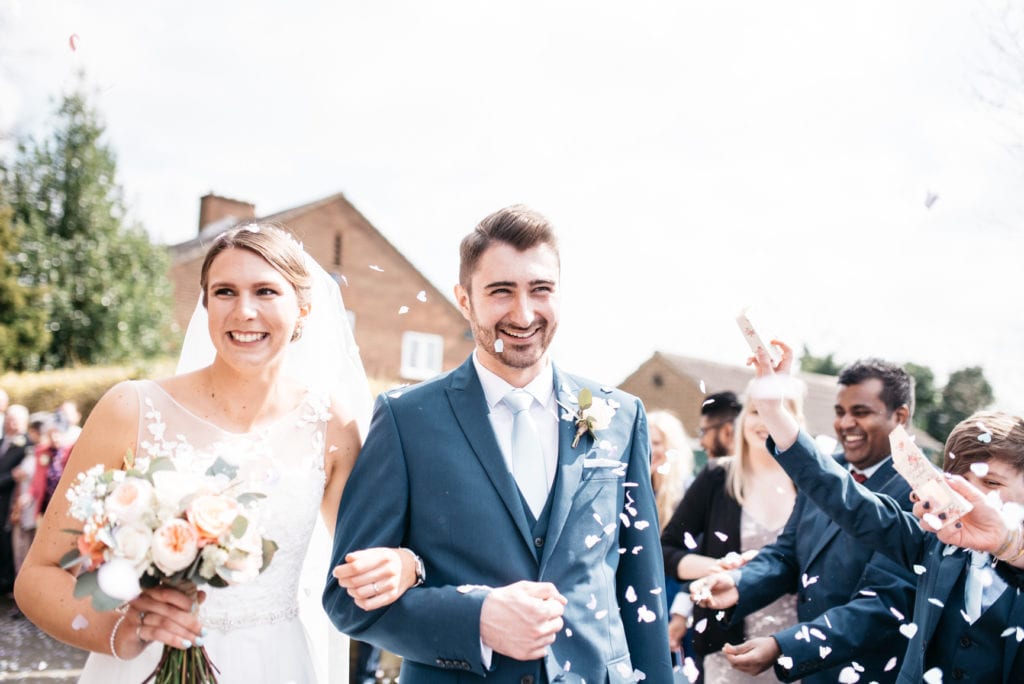 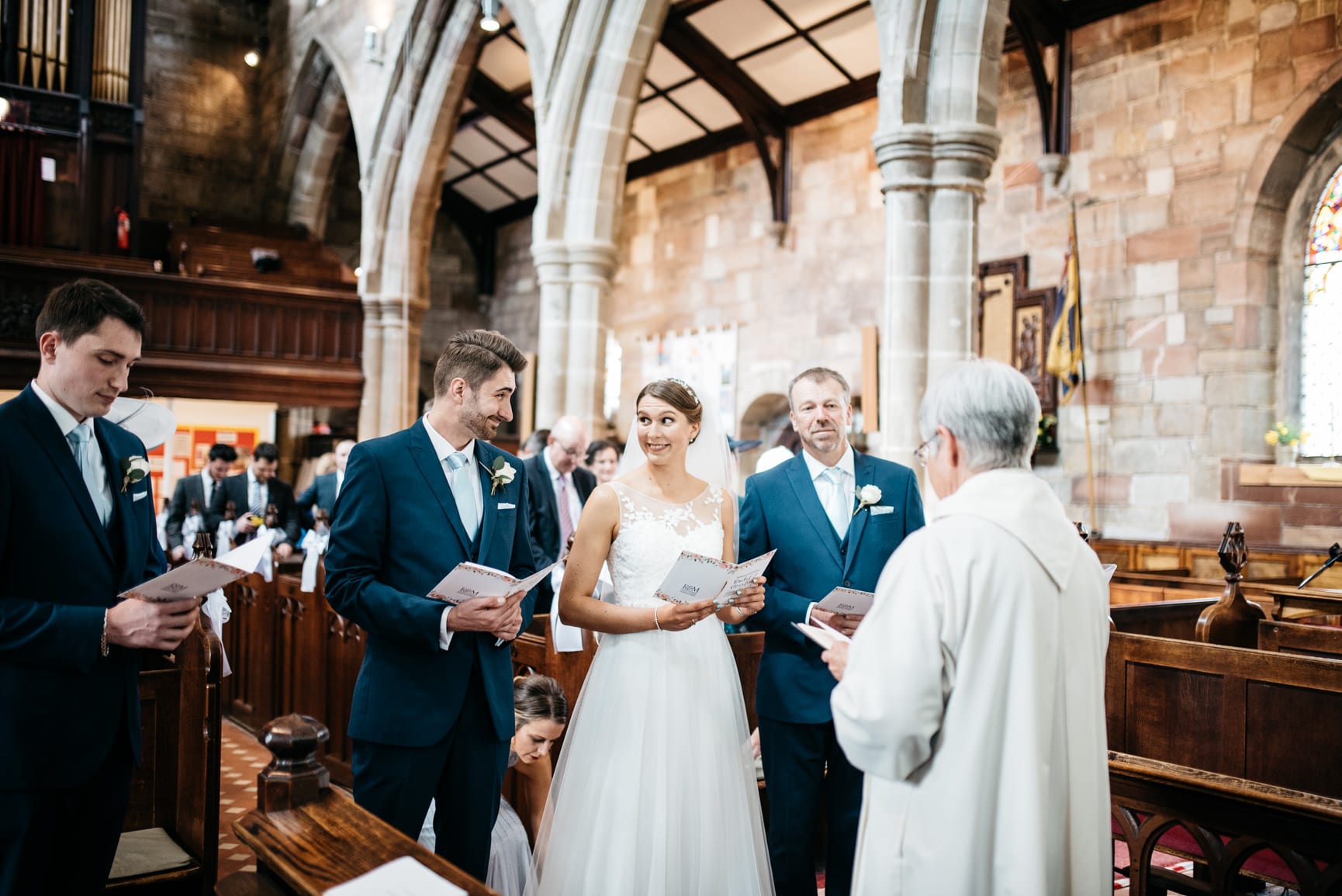 The ceremony took place in the village church where Rachel’s family members have married previously, with a charming reception in a local venue.  The theme was surfing, and Cornwall, with a vintage split-screen VW camper van as their transport, surfboards as wall art, and the tables named for Cornish beaches – complete with sand and pebbles from each beach to decorate them.

We wish them a long and happy marriage with plenty of clean breaks and no wipe-outs. 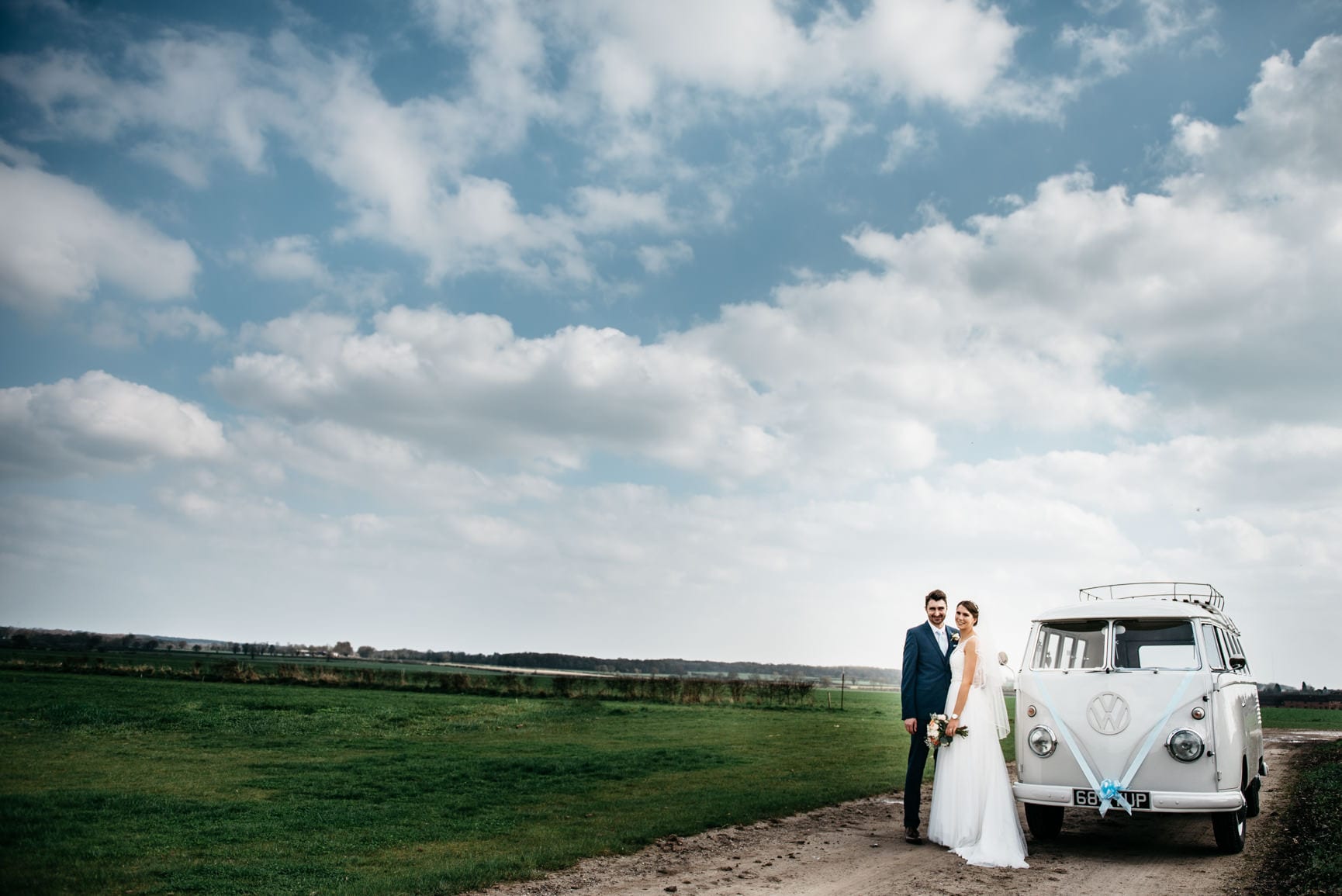 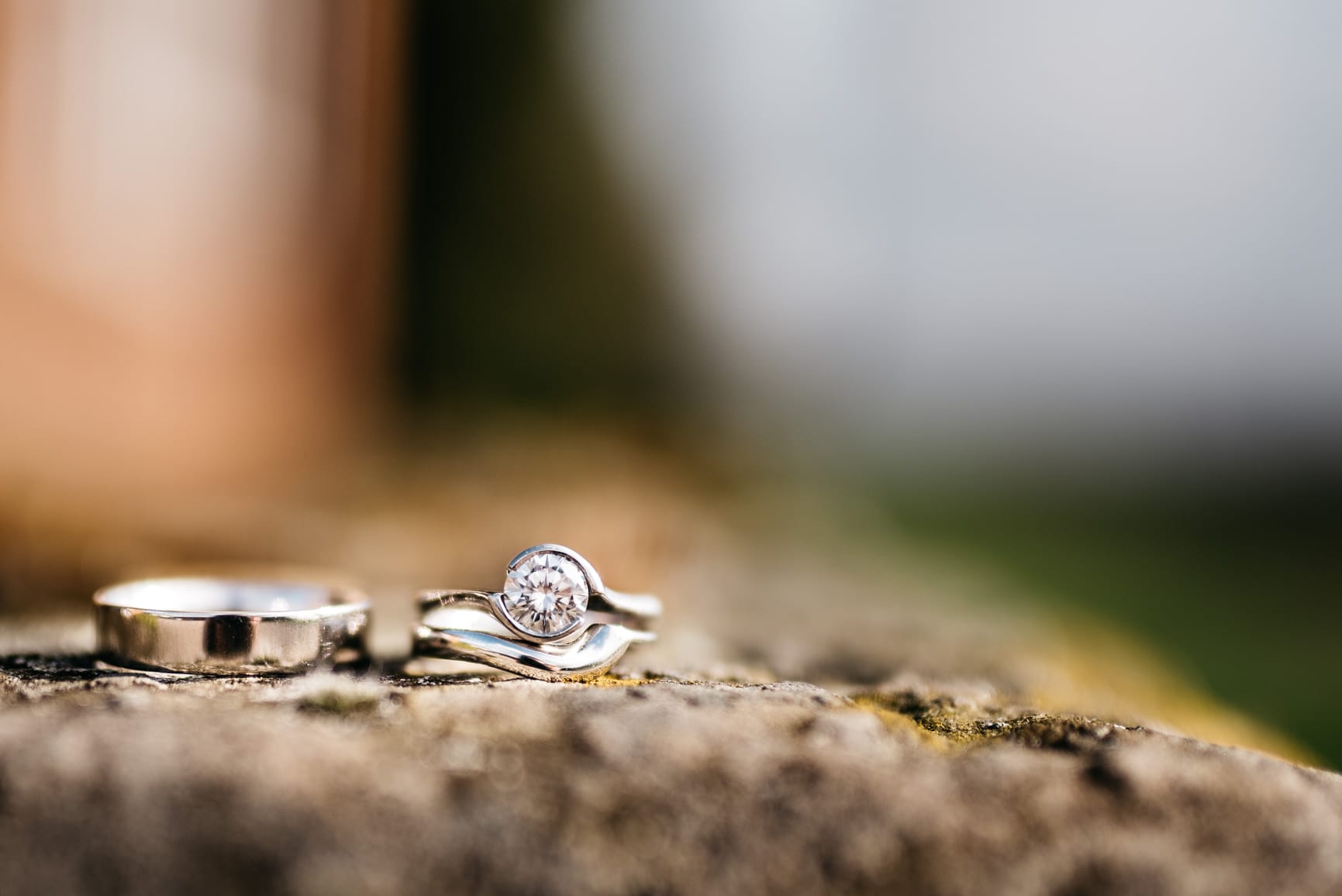