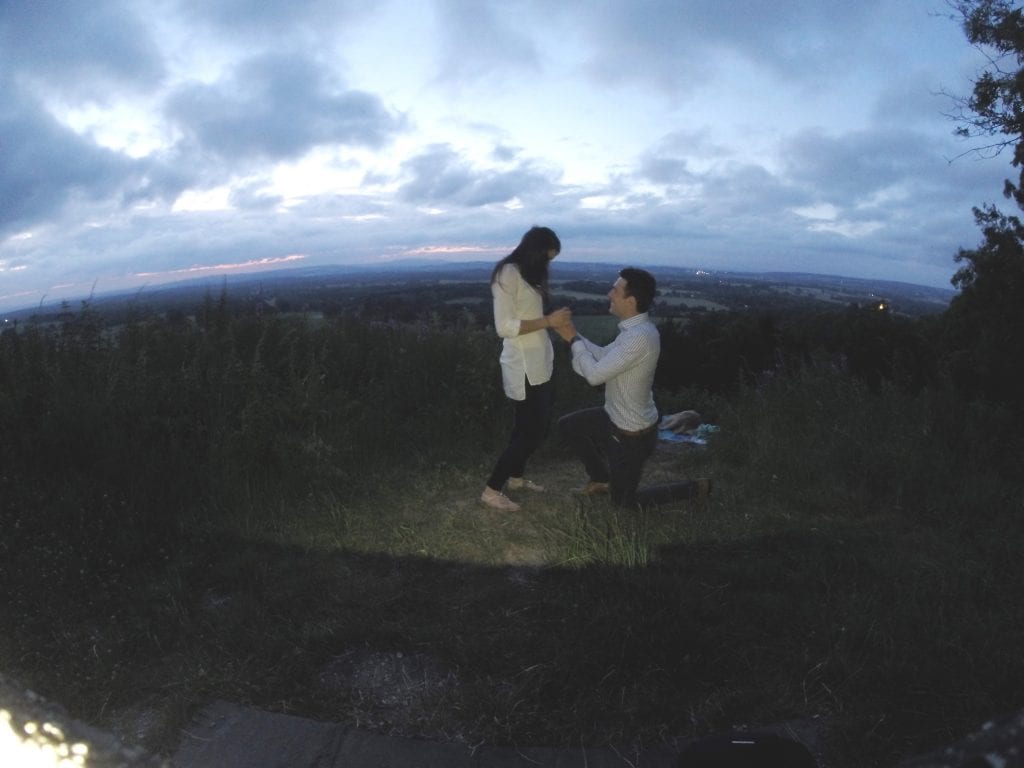 Matt and Amy – a bespoke ring for a choosy girl

Amy has always known what she wanted in an engagement ring. Unfortunately, what she wanted hasn’t always been the same, so boyfriend Matt was at a bit of a loss as to what to buy her. He gradually managed to narrow it down to ‘large’ and ‘a bit different’ but really that wasn’t very much help. Poor Matt was in a bit of a bind. In any case, as a student, and then as a trainee doctor, he wasn’t especially flush with cash, so found himself stuck between waiting a long time to afford a ‘good’ ring or proposing sooner, and getting a ‘not so good’ ring. What’s a guy to do?

But we’re getting ahead of the story.

Matthew went to an all boys school which allowed girls in the sixth form, happily including Amy. They shared a couple of classes, though they didn’t become friends at first. By the time their group of friends was old enough to be going to nightclubs, things changed, and they started going out as a couple.

Their relationship lasted through the trials of universities at opposite ends of the country – Amy studied Animal Sciences at Reading, and Matt, Biological Sciences at Teesside, in Middlesbrough. They took turns visiting for weekends, and spent a lot of time phoning and Skyping – thank goodness for technology!

After graduating, they took a working holiday to Australia, for 6 months, which was the longest they’d really spent together in the four years they’d been dating. After this, Matt applied to compete a degree in medicine, then they moved to Warwick, where Amy finished her training and worked as a veterinary nurse and Matthew studied medicine. When Matthew finally qualified as a doctor he was lucky enough to get a job back in Kent, where they are both from, and they moved back nearer to their families.

During this time, all their friends and contemporaries seemed to be getting engaged and married, and with a relationship lasting now over nine years, people were beginning to look at Matt and Amy and wonder if they, too, were going to take the leap.

As Matt explains, he’d been a student for so long, and money had been so tight, that they’d not been in a position to afford a wedding, and he says, “I’ve never seen the point of a long engagement; a ring will make me no more devoted to Amy or make our relationship any more ‘official’, and I didn’t see the point of getting engaged until we had an intention to get married.”

Amy claimed not to need an expensive ring, but Matt wanted to get her something that reflected everything they’d been through together, and needed it to be special as it would be the only engagement ring she’d have! Buying Amy the ring of her dreams became his mission, and so we return to the problem. Expensive or inferior? And what should it look like? And how should he go about proposing?

Matt is nothing if not resourceful. He took Amy’s ‘large stone, and a bit different’ thoughts, and went to research ring designs, heading down the custom-made route. However, he found himself somewhat confused by the choice and intricacy, so had to subtly question Amy regarding her preferences. With a design idea in mind, he then attempted to source a diamond to put in it. 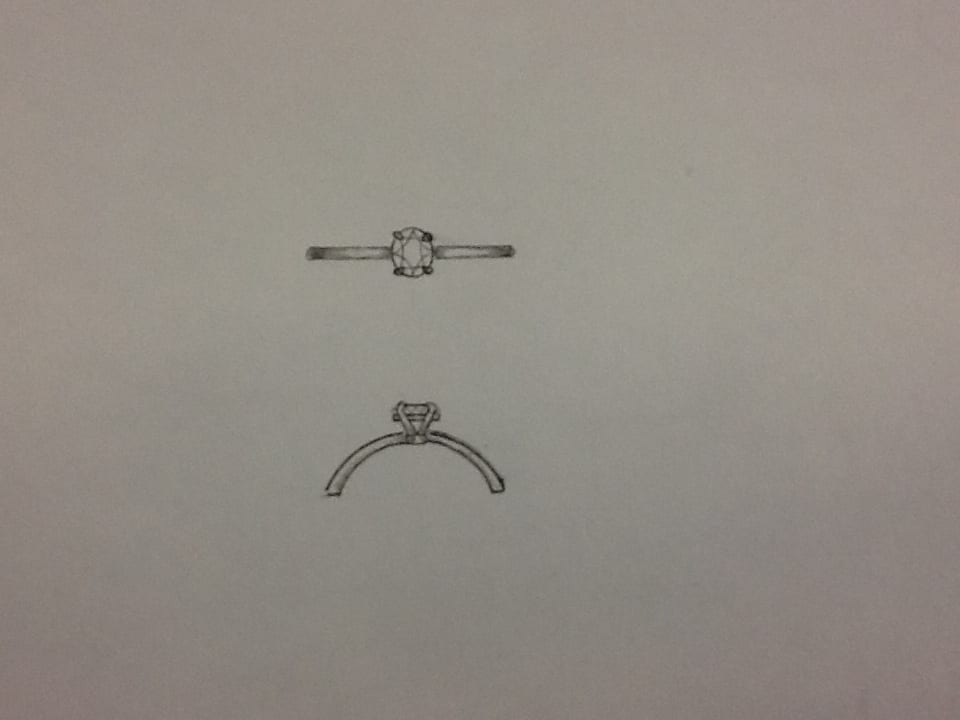 Hand drawn sketches of the design

Worried about fraud, he was initially wary of online stores, and was trying to work out a balance between the size of the stone, and its clarity and colour, so looked into lab-grown stones. He’s now something of an expert in this field, and read through all of the Ethica Diamonds website very carefully before deciding that a custom-made ring using one of our stones was the way to go. Speaking with Emily and Elaine, and reading our reviews, helped convince him that this was the genuine article, providing excellent clarity and colour, with the size Amy wanted, at a price he could afford. 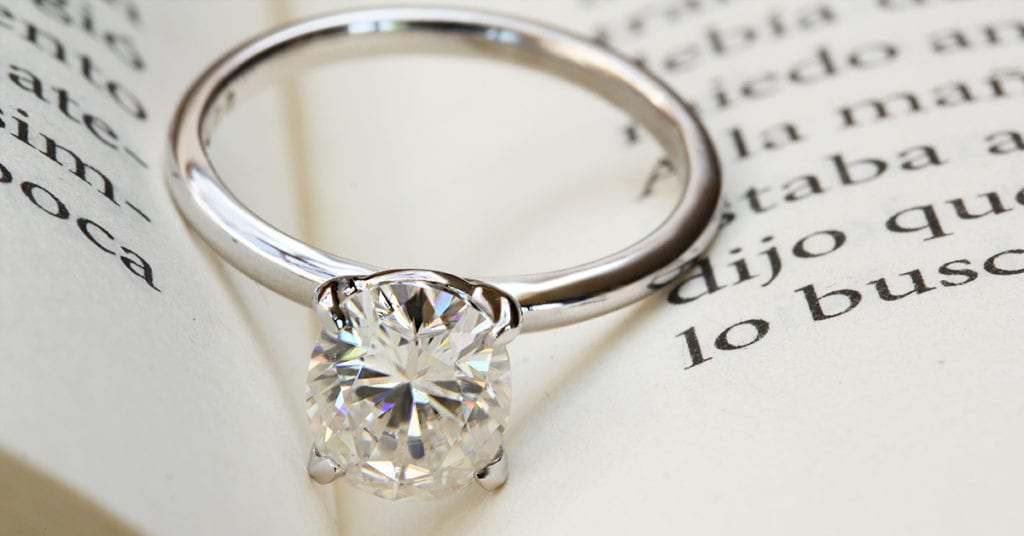 Having sorted out the lab-grown stone and the ring, he now focused on the proposal… which was almost as complicated! He organised a surprise holiday during a week off work, arranging to take himself, Amy and Amy’s horse to a holiday cottage on the South Downs. He also had to cancel the other plans Amy had cooked up for that week, including a haircut, a medical appointment and a short break to the Isle of Wight! Amy was suitably stunned by his planning, and thoroughly enjoyed the lazy week away.

On the Friday night, Matt’s plan for a lovely meal then a proposal while watching the sunset came a little unstuck, with clouds interrupting the view, but he proposed anyway, and she was taken completely by surprise! She said yes, naturally, and was blown away by how perfect the ring was, and is completely in love with it, astonished that Matt had found such a perfect ring that was so much better than what she had resigned herself to.

Matt himself is delighted – firstly he has a happy fiancée, which is a wonderful thing, obviously, and secondly, the ring is beautiful, with a dazzling centre stone, and will be a treasure for Amy for the rest of their lives. 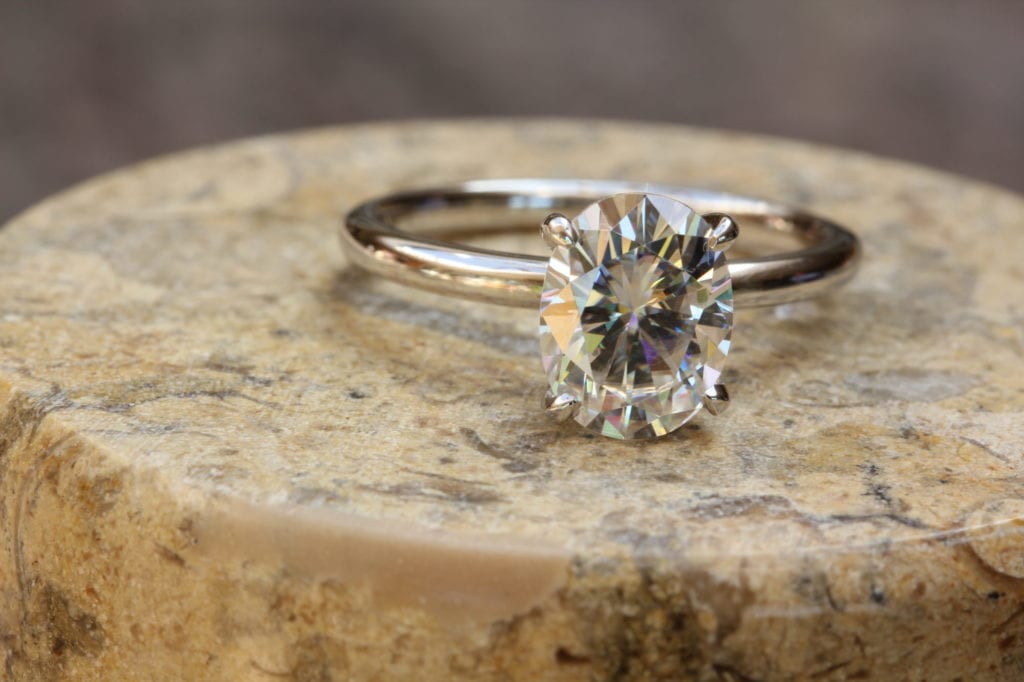 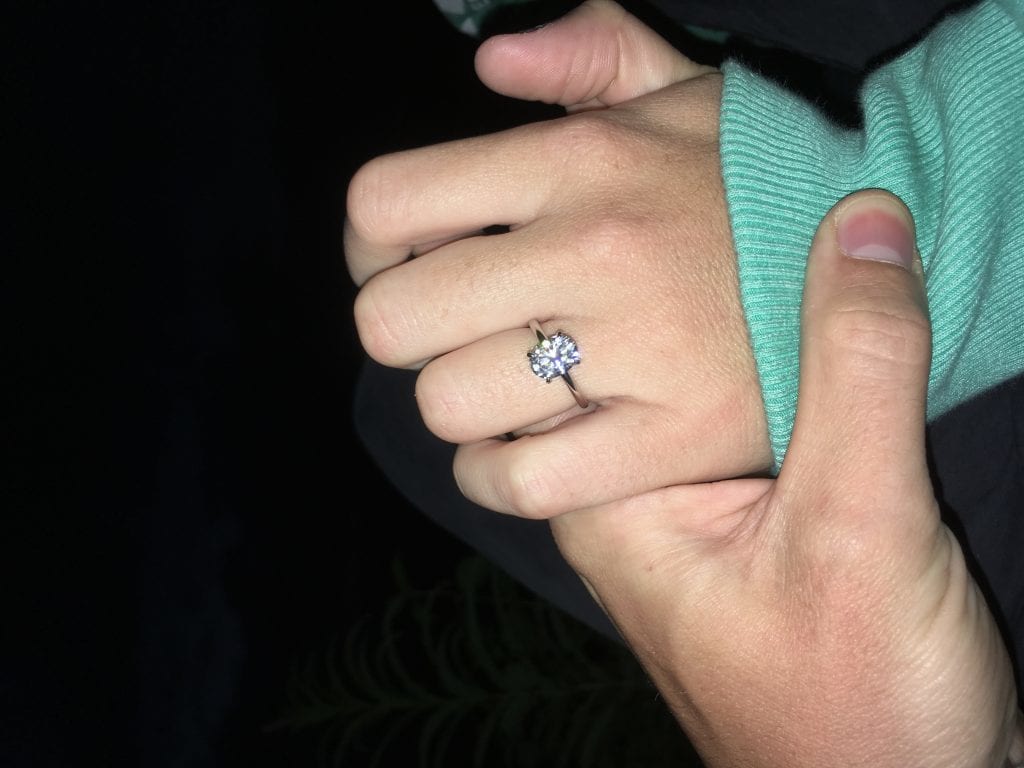