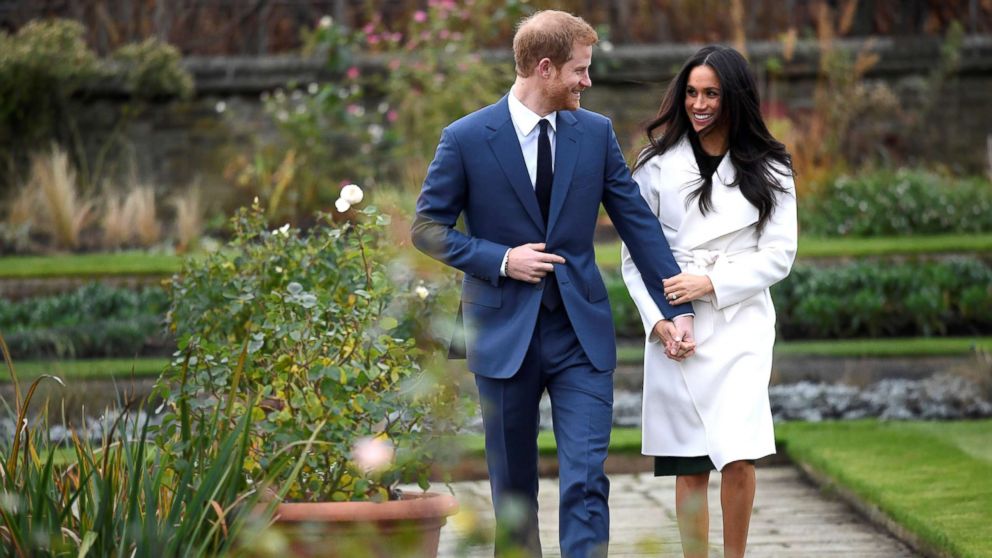 A Look Back at the Most Iconic Royal Engagement Rings.

So, Harry has proposed to Meghan Markle. Congratulations to them! We wish them a long and happy married life together.

Contrary to expectations, Prince Harry didn’t propose with one of the many family heirloom rings that are cluttering up the corridors at Buckingham Palace, but instead chose to design the ring himself. It was made by court jewellers Cleave and Company, and is a trilogy ring – stand by for a sudden rise in popularity of trilogy rings! 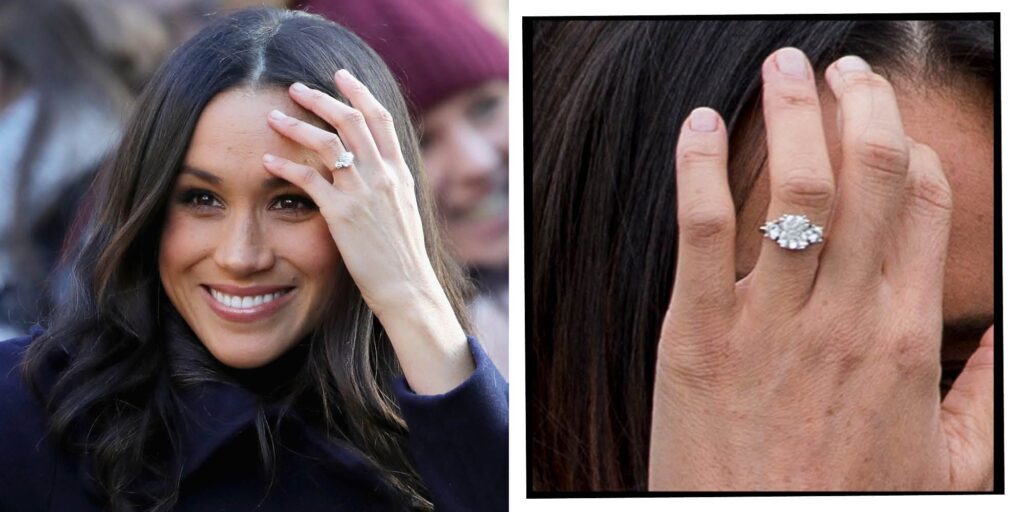 The central diamond is from Botswana, which is a place that is special to both Harry and Meghan, and is a 3 carat cushion cut diamond.  The other diamonds are from a piece of jewellery in the collection of Diana Princess of Wales, Harry’s late mother, and are between 0.5 and 0.75 carats each.  The ring is made from yellow gold, which is Meghan’s favourite.

It seemed an interesting topic to pursue, right now, to look at other royal engagements, so we’re beginning with Prince William and Kate Middleton, now the Duke and Duchess of Cambridge.

Kate’s ring is probably one of the most famous engagement rings in the world, indeed we have already featured it in our blog about Halo rings. It was the ring that Prince Charles gave to Lady Diana Spencer, William and Harry’s mother, in 1981. It is a 12 carat Ceylon Sapphire, surrounded by a cluster of 14 solitaire diamonds, set in white gold. Prince Charles bought it from Garrard of Mayfair, the then Crown Jewellers, from a selection shown to lady Diana. This is unusual, in terms of Royal engagement rings, as most are bespoke pieces.

The Queen’s engagement ring is still often seen on her left hand, more than sixty years after Prince Phillip proposed. It seems likely that he popped the question in June 1946, but the engagement wasn’t formally announced until July 1947, once she had turned 21. Phillip was asked to renounce his succession to the Greek throne, and take British citizenship before they were allowed to marry, which they did in November 1947. (And congratulations on your Platinum Wedding Anniversary, Your Majesty!)

The ring itself is composed of diamonds taken from a tiara owned by Prince Phillip’s mother Princess Alice. The 3 carat central stone has 10 smaller stones round it, and is set in platinum, by London Jeweller Philip Antrobus Ltd.

Princess Anne, the Princess Royal, was the first of the Queen’s children to marry, to Captain Mark Phillips in 1973, though they separated in 1989 and divorced in 1992. The Princess married her second husband, Commander Timothy Laurence in December 1992. Both these husbands seem to have favoured sapphire stones in engagement rings, with the first one being sapphire between two diamonds (below), and the second a sapphire with two trios of smaller diamonds to flank it. Maybe it’s her favourite stone. Who knows!

Prince Andrew proposed to Sarah Ferguson in 1986 with another halo ring, this time with a Burma ruby, surrounded by 10 drop diamonds. Again made by Garrard Jewellers, it is said Andrew chose the gem to match Sarah’s fiery red hair!

Prince Edward announced his engagement to Sophie Rhys-Jones in January 1999, presenting her with an Asprey and Garrard ring which was said to be worth £105,000 at the time. The central oval diamond weighs two carats, and is flanked by two heart-shaped diamonds, set in white gold.

Prince Charles’ engagement to Camilla Parker Bowles was announced in 2005, apparently following a traditional down-on-one-knee proposal. Camilla’s engagement ring belonged to Charles’ grandmother, the Queen Mother, and possibly presented on the birth of her first child, the princess Elizabeth. It’s an Art Deco design, featuring an emerald cut diamond with baguettes on either side. Because of its age, it doesn’t have the sparkle that is normally cut into more modern diamonds, but with a history like that, it doesn’t have to be sparkly to be a wonderful ring!

The next generation of royal engagements was kicked off by Princess Anne’s son Peter Phillips, who got engaged to Autumn Kelly, in July 2007. Her engagement ring is composed of diamonds, with a large central oval flanked by pairs of smaller stones. 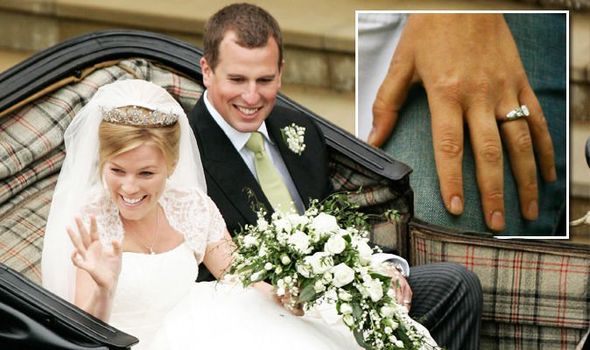 Princess Anne’s daughter, Zara Phillips has an engagement ring that stands alone among royal engagement rings, with a divided band set with small diamonds, arriving at a central diamond. Rugby Player Mike Tindall proposed to her in December 2010, and married the following year.

So, that’s the engagement rings for the Queen and her immediate family. Just for curiosity, we wondered what had gone before.
Queen Elizabeth, the Queen’s Mother, wore an engagement ring that was a sapphire with diamond accents, but later in life more often wore a large pearl surrounded by diamonds in its place.

In 1839, Queen Victoria received an emerald-headed serpent ring from Prince Albert, with diamonds and rubies. It was a popular engagement ring design of its time, representing eternal love and passion, and a strong commitment. It is rumoured that she proposed to him – and you have to admit that she had a good reason. It’d take some guts to march up to a lass who was the Queen of England and suggest she might like to marry you!

So there we have it.

Harry was widely expected to choose a ring or gemstones from his mother’s collection, and it’s a lovely touch that he has done so, but with a new diamond that has belonged to no-one previously.  Best wishes to them both!

(With thanks to Getty Images and other sources for the images)