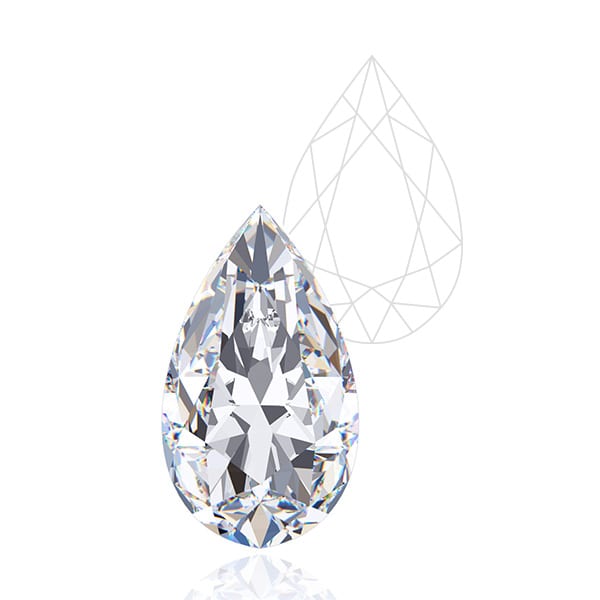 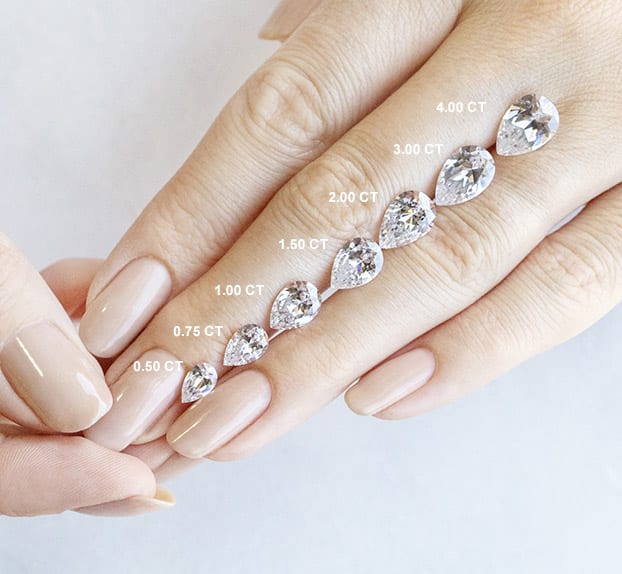 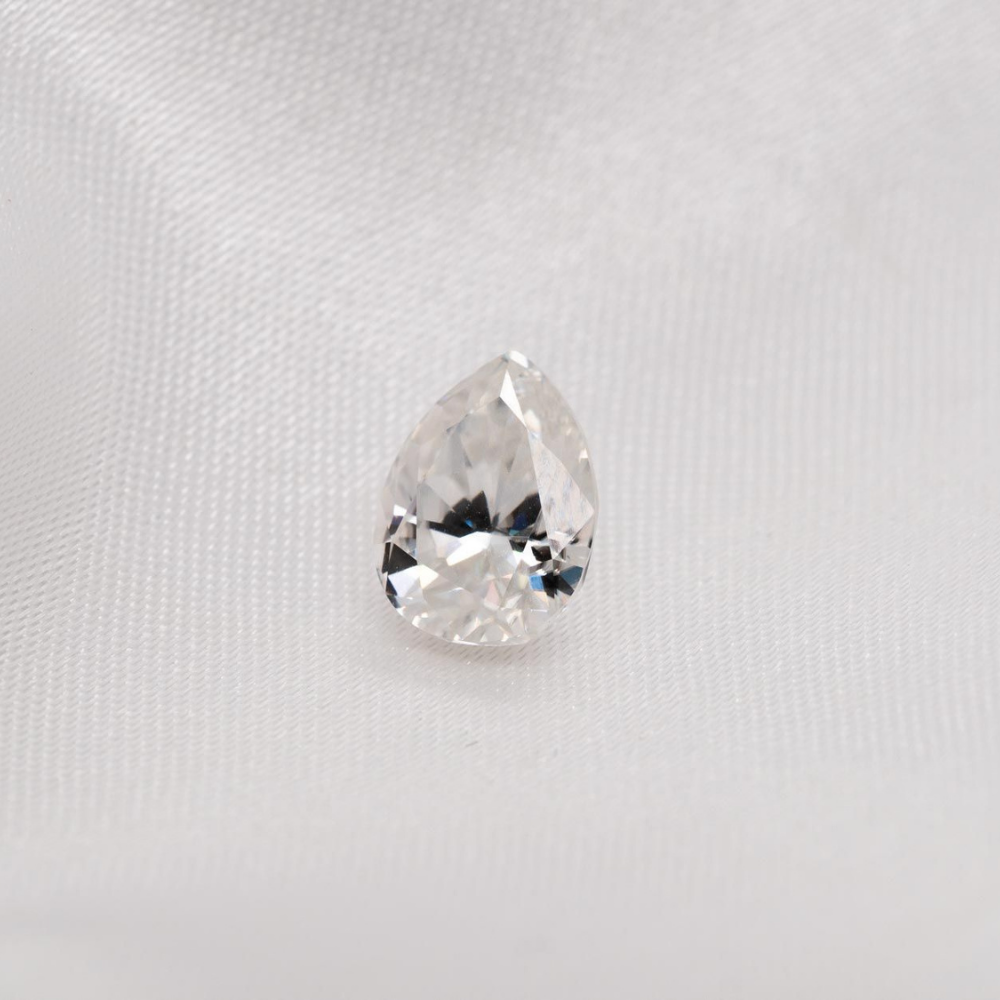 The Pear cut diamond has often been a favourite of royalty and is also known as the teardrop diamond. Our Pear Cut moissanite is a combination of the rich fullness of the Round Brilliant and the sparkling intensity of the Marquise. It’s a unique, beautiful cut that looks especially good in a halo setting and is known to have a slenderising effect on fingers due to its tapered end.

Our signature stone, the Ethica Diamond, is not a lab grown diamond but a lab grown stone that is precisely cut from premium grade silicone carbide (moissanite) with a diamond infusion.

Each stone is grown under strict conditions, cut by hand and fully faceted to exact diamond proportions, giving each stone incredible depth and sparkle, and independently certified by the GRI.

Ethica Diamonds are as standard:

In 1475, a Flemish cutter by the name of Lodewyk van Bercken invented a diamond-polishing wheel called a scaif. The scaif transformed the diamond trade. His innovative polishing wheel enabled Van Bercken to place facets into the diamond with absolute symmetry, and opened the doors to the creation of complex diamond cuts.

Many celebrities, from Victoria Beckham to Katherine Heigl have rocked the pear diamond engagement ring, but perhaps the most famous diamond in this shape was worn by none other than Elizabeth Taylor.

The Taylor-Burton Diamond, a 69.42-carat pear-shaped diamond, was originally cut by Harry Winston and set in a platinum ring. It was sold in 1967, but put back up for public auction on October 23, 1969. Bidding started at $200,000, and biggers included Richard Burton (Taylor’s then-husband), as well as Harry Winston, the Sultan of Brunei, Aristotle Onassis (of Jackie Onassis’ fame), and Robert Kenmore, who owned the parent company of the jewellers Cartier. Kenmore, and thus Cartier, won the auction, and named the diamond the “Cartier Diamond.” However, Richard Burton was set on getting the diamond for his love and diamond aficionado, Elizabeth Taylor. He had his lawyers contact Kenmore to buy the diamond regardless of price. It was sold the next day for $1.1 million, and the diamond was renamed the name it still carries today, the Taylor-Burton Diamond.

The stones shown on the model’s hand are for reference only. Actual carat weight availability may vary.

In the event that another jeweller sets your stone, the Lifetime Stone Guarantee will be void.

Please get in touch if you require more information here:  CONTACT US