Sam and Dr  Sam’s paths first crossed when they were both living in London for University. Despite her studying medicine and him studying engineering at totally separate Uni’s, fate brought them together when a friend invited him over in the form of a board game night. After 2 years of being friends, Sam plucked up the courage to ask Dr Sam out on a date, and the relationship blossomed from there! Sam proposed in Prague at the end of a beautiful, thoughtfully planned day – without Dr Sam suspecting a thing! (Guys – if you are looking for some thoughtful ideas, this blog is a must read!) Dr Sam is from India so the couple are planning two weddings. The couple are due to get married in March 2023 in India, and then their UK wedding will follow in August 2024. So, without further ado, let’s get into the Q and A’s with Sam about the specifics! 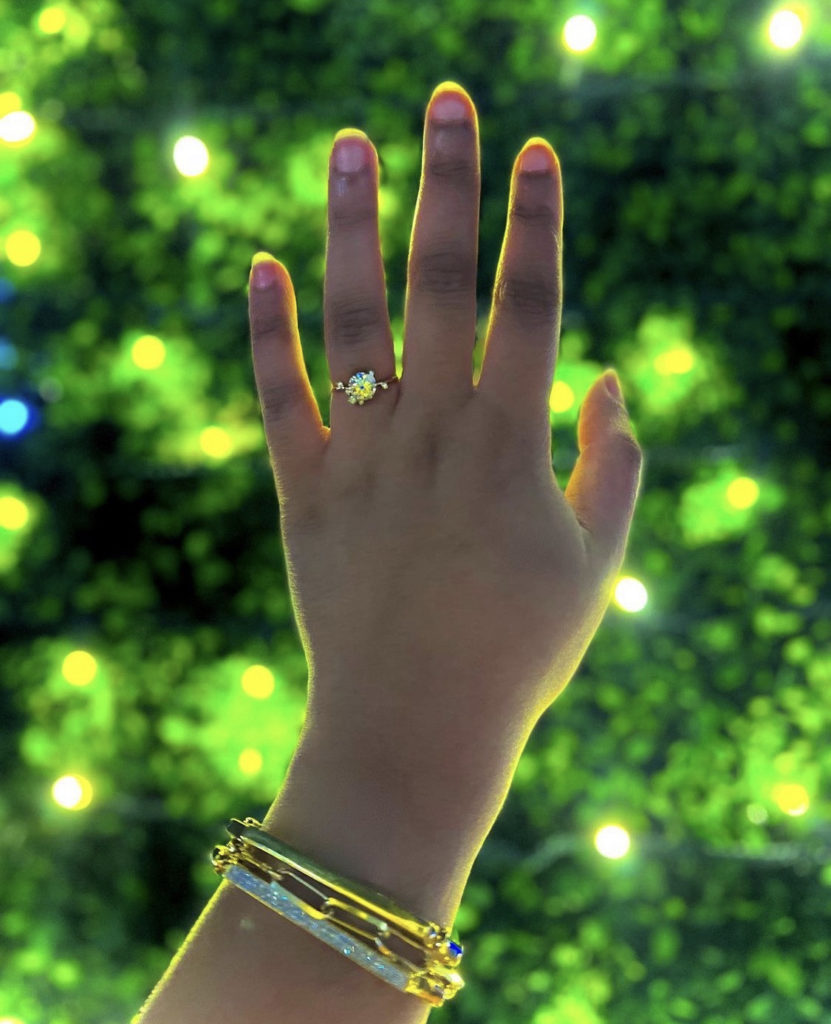 The first time we met was while we were both living in London. We went to different Unis and studied different things (her Medicine and me Engineering) so there wasn’t much chance of us crossing paths. I was invited over to her flat by her housemate for a board games night, and as soon as I walked in the door I was met by Dr Sam who handed me the hoover and told me to “make myself useful”. We slowly got to know each other but it wasn’t until much later that we developed a closer friendship, primarily through watching tv shows and films together. Almost 2 years after we met I plucked up the courage to ask her on a date and was very relieved when she said yes. Our first date was in Bristol, we went to a Board Games cafe, ate tacos, and relaxed a little realising it was going well and we weren’t alone in our feelings.

2. When did you know you wanted to propose?

We talked a lot throughout the relationship about our life goals and what a theoretical future marriage would look like and where we’d want to be. I knew she was the one I wanted to marry, I just wasn’t ready for marriage yet. I don’t remember a specific event or turning point, but around 18 months into the relationship I realised I wasn’t going to suddenly become ready and I needed to make the steps. I broke it down into smaller pieces and worked through them one at a time, location, date, ring, parents blessing, etc. 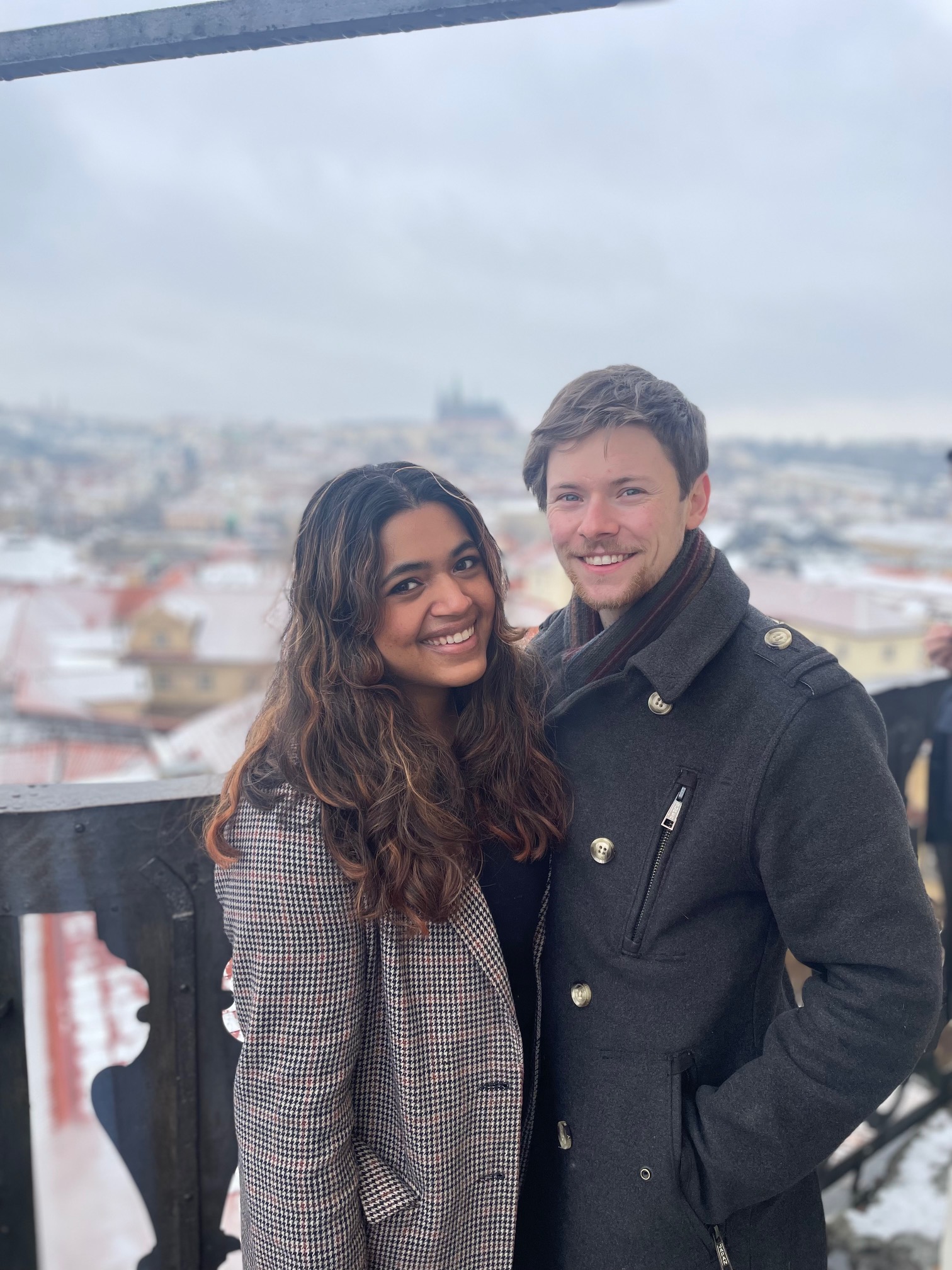 I’d always planned on trying to find an ethical solution, I didn’t want there to be a lingering caveat with the ring; that it was nice but you don’t know what the circumstances around it has been. Most people wouldn’t know whether a stone was mined or grown but it’s nice to be able to be proud that it’s come from a more ethical source. I spoke to a few jewellers local to me but I found Ethica through searching online and It all went smoothly from there. I had a helping hand in the design, in so much as Dr Sam had a specific ring she was obsessed with from an American designer. The cost of importing it would have been huge so a bespoke option from the UK was the best way to go, and with Ethica being based just down the road from Newquay, where we had our first mini holiday as a couple, it started to seem like they were perfect for us. Ethica were also able to secure a 1.13 carat stone which was even more perfect as 13 is Dr Sam’s lucky number (Taylor Swift’s birthday in case you were wondering)

4. Proposal – give us allll the details! How did you go about planning it? Where did it take place? What did she think when you saw the ring? Were there any family or friends there? Did she have a feeling it was going to happen or were you in total shock?

It ended up being about 6 months in the planning, I kept it to myself almost the whole time; not wanting any risk of it slipping out and spoiling the surprise. I told my family about a month in advance and then managed to sneak a trip to see her dad just before to ask for his blessing and to see if he could help me incorporate some Bengali traditions into it. I wanted to make it as personal to us as possible so she could see that it wasn’t a generic proposal but something specifically for her. We’d planned to go on holiday around this time anyway which gave me the opportunity, eventually we settled on Prague; my grandfather was from the Czech Republic so it was nice to incorporate an element from my side in the day. We’re not 100% certain of the first date we met but I believed I’d worked it out and knew she wouldn’t think of it and be suspicious that I might propose (like she would have been on our first date anniversary for example). I told her I would plan out the itinerary for one of the days and set to work. We were lucky that day happened to be the only day it snowed while we were there, making the photos more magical. We went to the Charles Bridge and The Klementinum which gave us some beautiful photo spots before lunch in a Michelin Star’d restaurant (how she didn’t suspect anything yet I’ll never know). We went on to see a preserved 16th century alchemist’s laboratory before we completed an alchemist themed escape room together and then went to a Boardgames cafe. In a lovely rerun of our first date we took in turns picking games to play, she picked a game we first played on our first date (Gloom, it’s a good game) and then I said I’d pick a co-operative game to play, before coming back with the ring. The Ethica box convincingly passed for a game long enough for me to open it and have the truth suddenly hit her as she saw the ring. The staff at the cafe agreed to record it for me so we are very grateful to have the moment saved. There were a lot of tears and it took a while for the shock to wear off before I could explain how it had all come together. 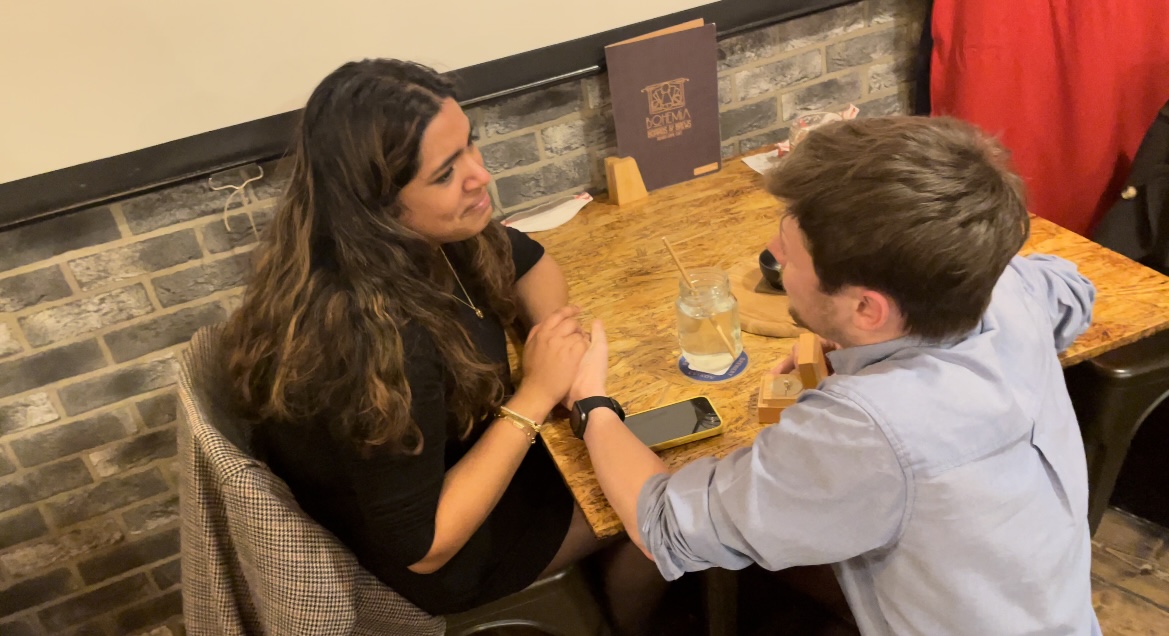 Dr Sam’s family are from India and we have decided that we will have 2 weddings, the first in India so that we can respect traditions and make sure her grandmothers will be able to see her get married. This one will be March 2023, roughly aligning with the anniversary of the proposal and will be mostly just close family and a few friends traveling from the UK. The UK wedding will be in August 2024 on the 5 year anniversary of our first date, given the backlog of Covid weddings and inevitable cost increases as time goes by, we’re already well into the planning stages. We’ve found our venue in the Gower, started the invite list, and are ticking off the to do’s in quick succession. 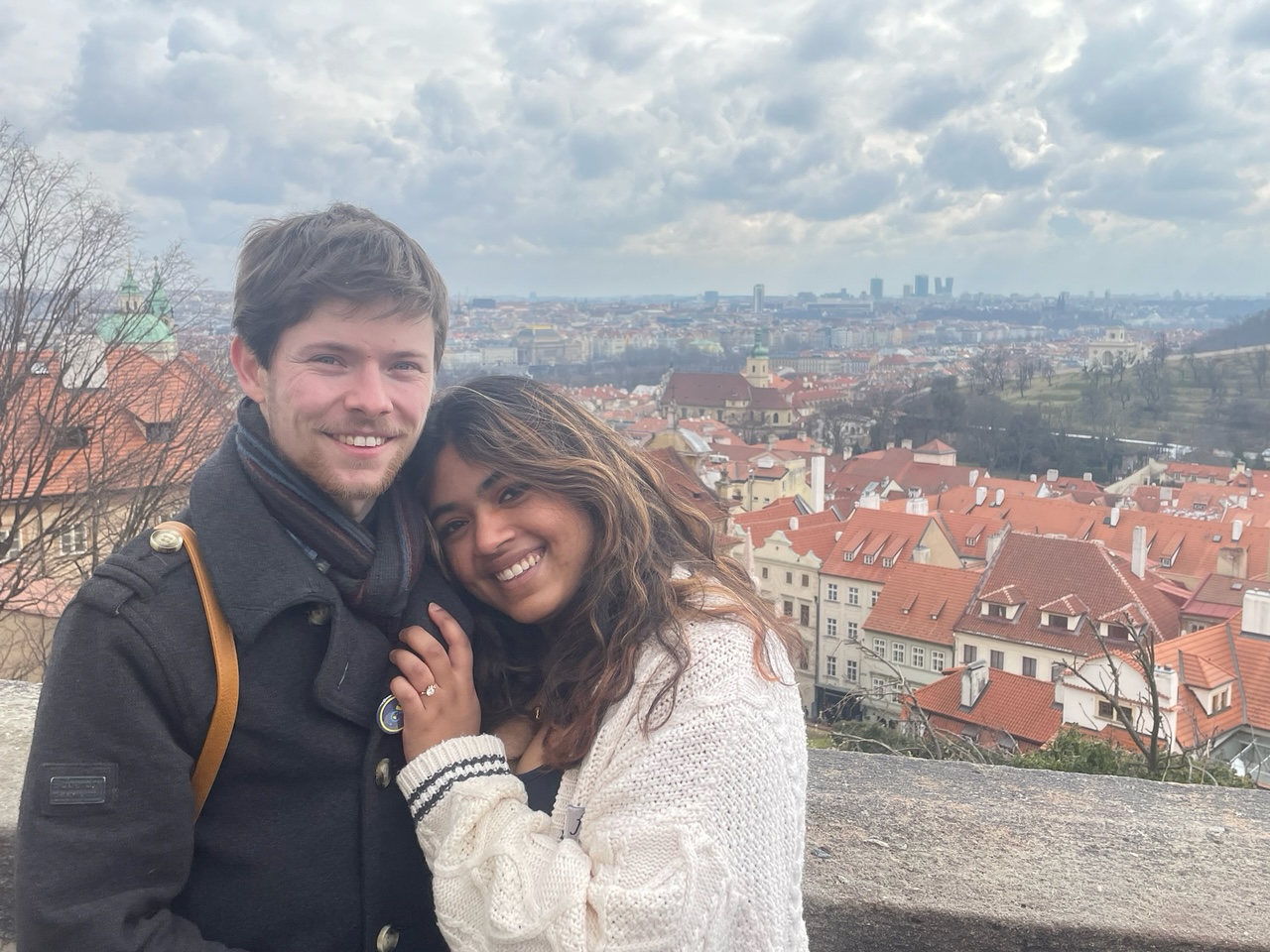