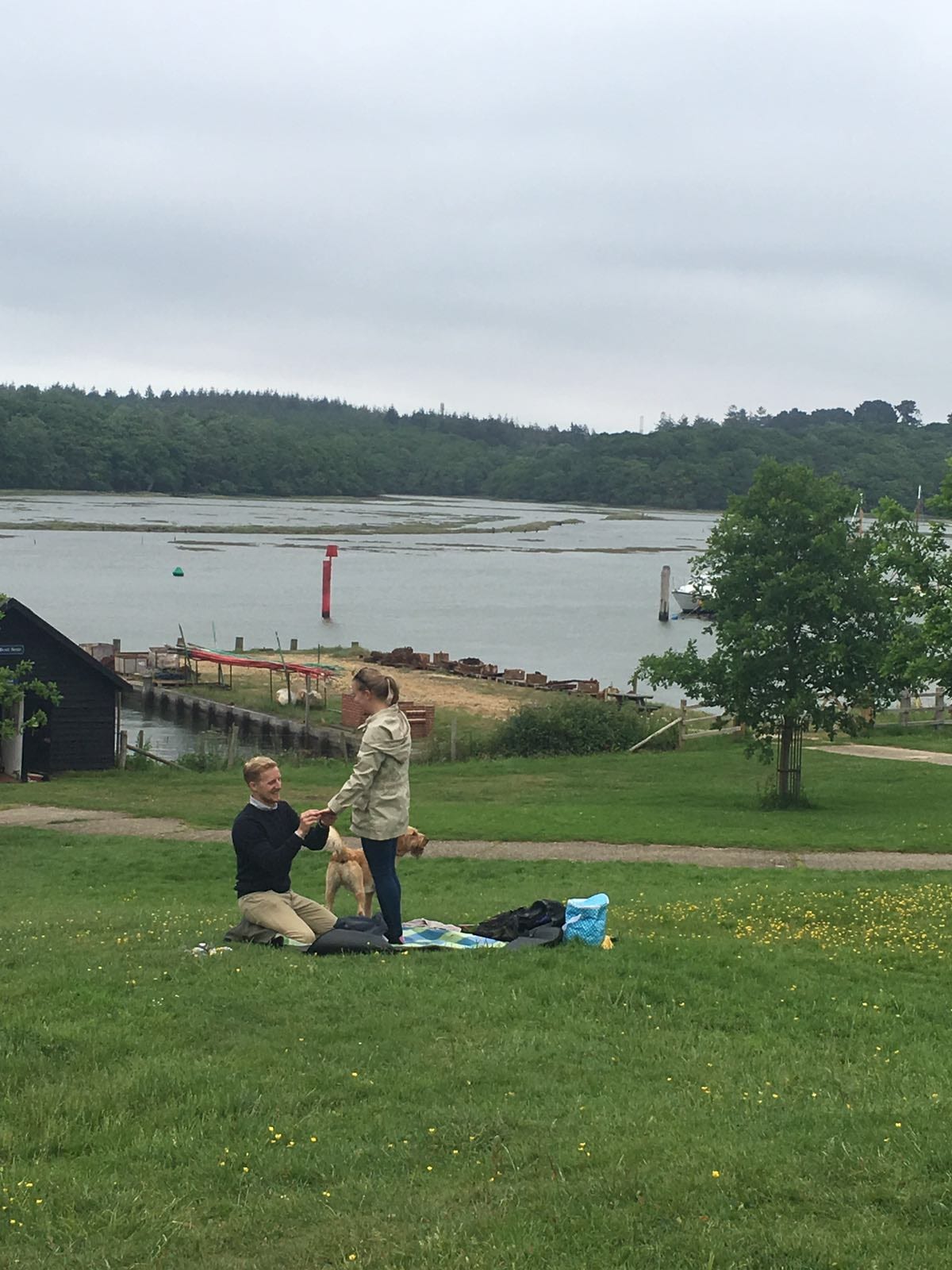 Stevie and Lisa – an engagement story

By Abi Hobbs12th August 2017September 26th, 2022No Comments
Once upon a time, a small boy named Stevie used to play in the street with his friend Lisa, who lived at the other end of the road. Although they shared the same infants and secondary schools, they lost touch when Lisa went to college in Winchester and later to university in Swansea.

However, when they were older, Lisa, on a break from University, came upon Stevie celebrating his birthday with friends in a club. They renewed their friendship, and things quickly developed to the point where each was visiting the other on alternate weekends – him travelling to her university in Swansea, and her returning home to Southampton.

Soon enough Stevie and Lisa were talking about marriage, and began researching engagement rings. Both being vegans, they have a real appreciation for ethically sourced and environmentally sound products, and were keen to use recycled gold. They visited several jewellers in Southampton, and found some styles that they liked, then attempted to find something similar but ethical online. 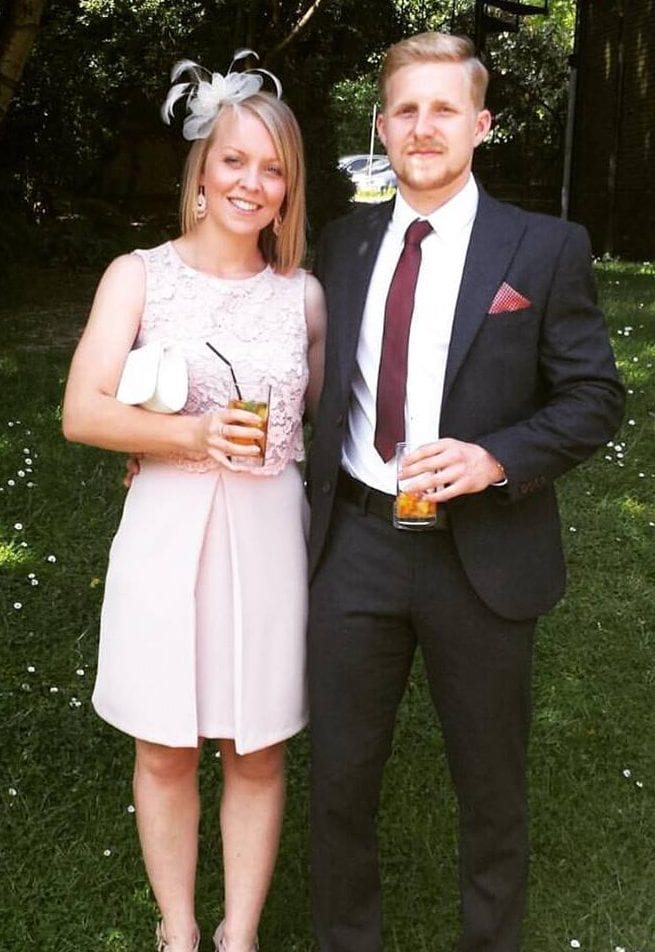 Stevie and Lisa at a family wedding

They had initially found a company in America, whose gold they were happy with though the distance was a bit of an issue. Then Lisa discovered the Ethica Diamonds website, and showed Stevie the lab-grown stones. Their initial thought was ‘wow, that’s incredible’, and after continuing investigations, and long conversations with Emily here at our showroom, chose a ring which was almost identical to the one that Lisa had liked on the highstreet jewellers. Lab-grown stones, recycled gold, and excellent customer service made the difference for Stevie and Lisa.

Stevie proposed to Lisa at Bucklers Hard, a historic maritime area on the edge of the Beaulieu River in the New Forest, and a passer by was able to take this photo of them, at exactly the right time. She was visiting there with her husband, for the first time since they had married there, four years previously. 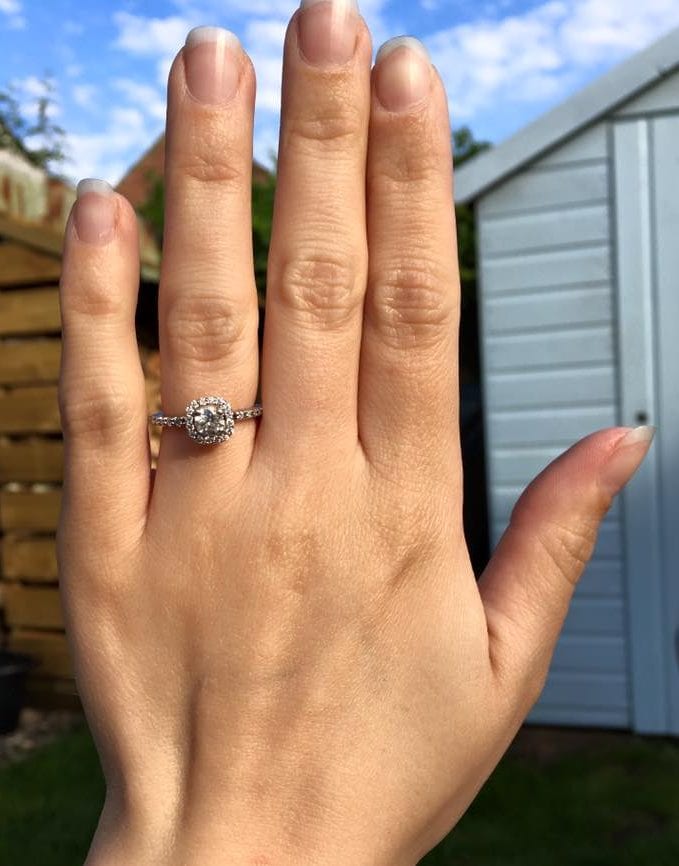 The “Emily” halo engagement ring set with a 0.75 carat round brilliant

Lisa says the ring is absolutely perfect, and even more beautiful than they had imagined. She said ‘yes’ by the way!

There’s an interesting addition to this story – Elaine at Ethica Diamonds, offered Stevie and Lisa the opportunity to name the ring they chose, as it was new. This is Stevie’s decision:

“Lisa and I have decided that we would like to call the ring Emily, after the wonderful Emily who has been the driving force behind getting the ring from the manufacturer to my fiancée’s finger. She has been brilliant in helping me through the whole process and we hope each day when she flicks through the website/catalogue she may catch a glimpse of the ring and be reminded of all the hard work she puts in and how her customers appreciate it.”

Wow – what an honour! Emily is stunned, and has a definite case of the ‘warm and fuzzies’ going on. Here at Ethica Diamonds, we will never forget Stevie and Lisa, and the message to Emily in the naming of their ring.

Stevie and Lisa are planning to marry in August 2018, and we wish them all the very best! 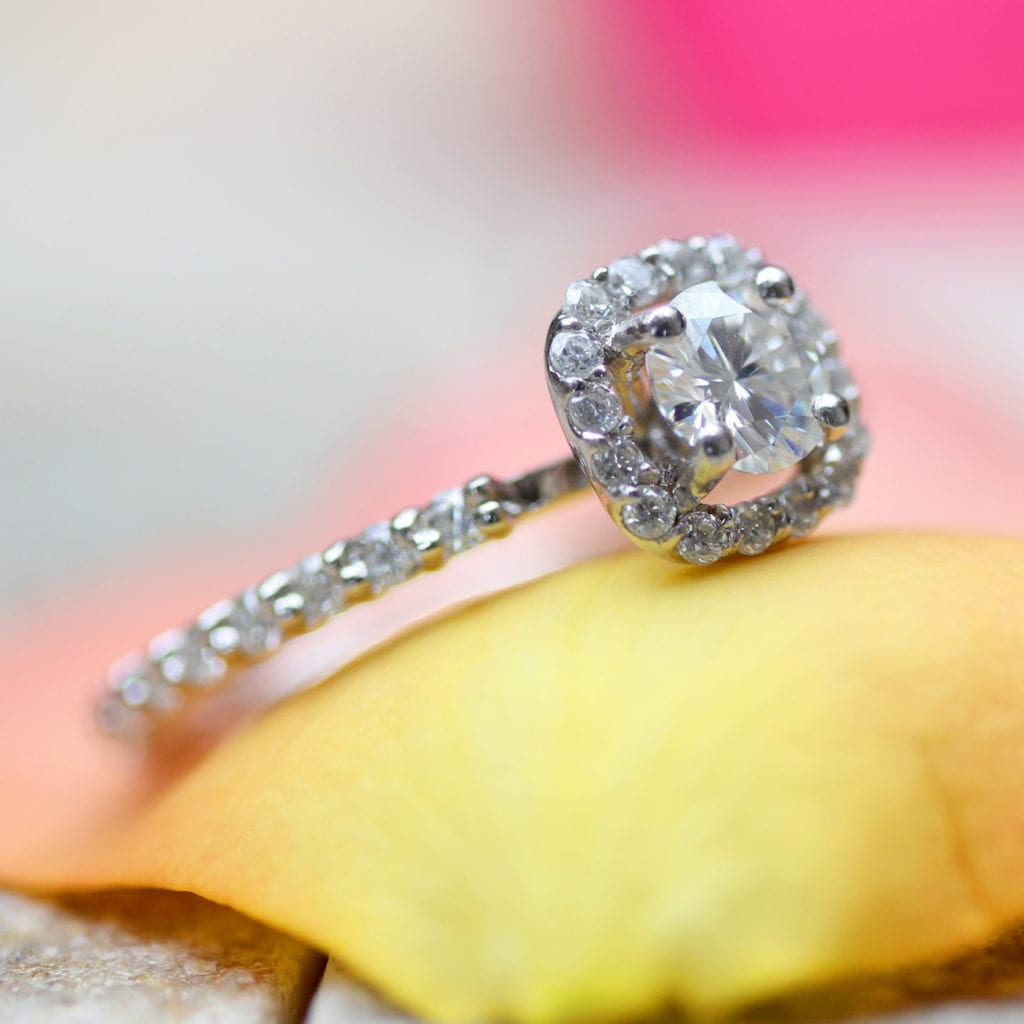