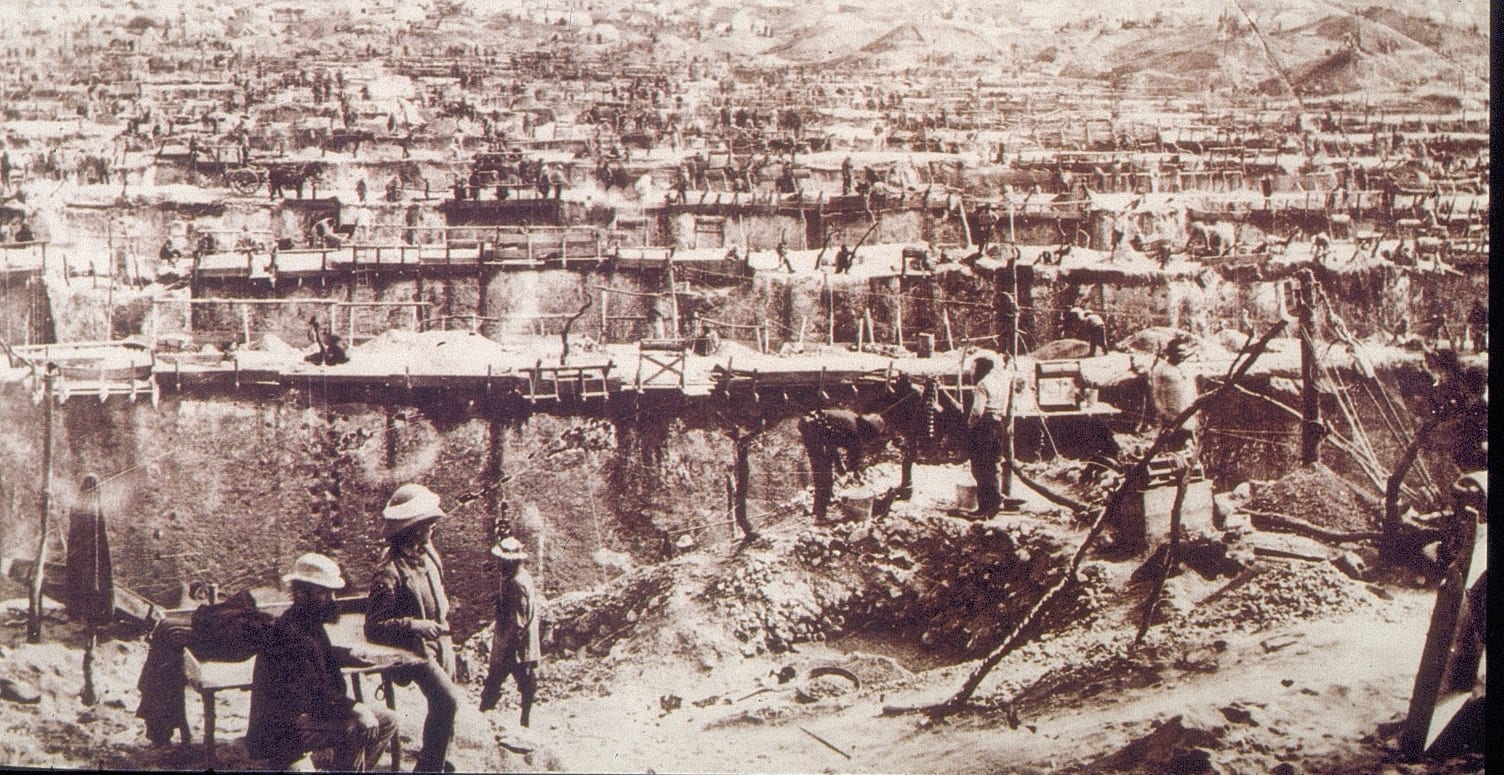 The history of diamonds – Part 1

WHERE DIAMONDS COME FROM

Chemically, a diamond is made of carbon atoms, the same as graphite, but bonded in a lattice, where graphite bonds in sheets. Naturally occurring diamonds are formed under immense pressure, between 80 and 120 miles deep in the earth’s core, and only in certain places where the right combination of temperature and pressure is found.   However, that doesn’t explain why diamonds have become an object of desire to humans for millennia, and why mined diamonds are becoming less the gem of choice now than they once were. The name ‘diamond’ comes from the Greek adamas, meaning ‘unconquerable’ and the stones have been known for their hardness since mankind first found them. Polishing gemstones to reveal their shine began at least as early as the 4th Century BC, in India, where diamonds were first discovered.

In different cultures, the origins of diamonds were given different explanations, ranging from being the tears of the Gods (Greek) and splinters of falling stars (Roman), to being created when lightning struck rocks (Hindu).

RISE OF DIAMONDS IN JEWELLERY

There is proof that diamonds were transported on the famous Silk Road, between India & China, and traded across that whole region.  As India was the only place known to produce diamonds, their rarity was immensely prized. Valued for their strength & brilliance, they were used in jewellery and ornamentation, to engrave metals, and considered a talisman to ward off evil.  Warriors wore diamonds for protection in battle.  The Chinese, who had no native diamonds in their culture and no history of prizing their beauty, initially used them to cut jade, rather than for decoration.

Pliny, the great Roman naturalist and author, wrote of a gemstone he referred to as adamas, in the first century AD, but this may not have been diamond, as the name was in use for a variety of other gems at that point in time.

Diamonds were believed to hold magical properties, including protection of those wearing them.  Amulets were created with diamonds, and kings wore diamond-studded breastplates into battle.  It’s easy to picture kings leading troops wearing fully blinged armour, according to today’s standards of diamond cutting, but these were more roughly cut gems, not big sparklers.

After the fall of the Roman Empire, in the ‘Dark Ages’, there is one documented account of the belief that a diamond held in the hand, while making the sign of the cross, could cure illnesses.

A little later, Pope Clement VII was dosed with spoonfuls of powdered diamonds and other gems, in an attempt to cure him, in 1532. This was the Pope who refused Henry VIII’s divorce, and he died not long after the diamond powder ‘cure’.  Within a few years, the medical views regarding diamonds had switched, and it became known as a poison.  Rumour has it that Pope Clement’s great niece, Catherine de Medici used powdered diamond to poison her enemies, though it may have been the arsenic she gave them, too…

The skill of cutting diamonds to reveal the spark and shine we recognise today was developed in the Middle Ages, and India became the centre of this trade, which it remains today.  The Koh-i-Noor diamond, one of the largest cut diamonds in the world, was found in India, possibly in 14th Century.  It was passed around various local rulers before being ceded to Queen Victoria in 1849, and presented at the Great Exhibition in London in 1851.  It is now part of the British Crown Jewels in the Tower of London, re-cut to more modern standards (under close instruction from Prince Albert), and set in Queen Mary’s Crown. Until modern times, diamonds were only for the very powerful, or the very wealthy.  King Louis IX of France (1214-1270) passed a law restricting the wearing of diamonds solely to the king, and they often appeared in crowns and other regalia of that period.

India was the only place where diamonds were known to exist, right up until the 19th Century, though a small supply was found in Brazil in 1725.  Then, in 1866, diamonds were discovered in South Africa, on the Orange River.  However, it is probably more true to say that the Orange River diamonds were first recognised by those who knew their potential value at this time.  A rush of diamond prospectors headed to the region, and the first large-scale diamond mining operation was opened, the Kimberley Mine.  Remember that name – it comes up again!

This was the Kimberley Mine in 1872

As a result, the supply of diamonds increased, prices dropped, and the perception of diamonds changed.  They became more freely available, and less associated with the elite, therefore were replaced by emeralds, rubies & other gems in high-class jewellery of the period.

The advent of the Kimberley Mine marks a turning point in the history of diamonds. They had been traded before, of course, and small fortunes had changed hands in their purchase, but now they become a business, rather than the province of kings.

In the next instalment of the story, we will look at the growth of the diamond industry in the modern era, and examine how a beautiful gem came to have rather murky associations.