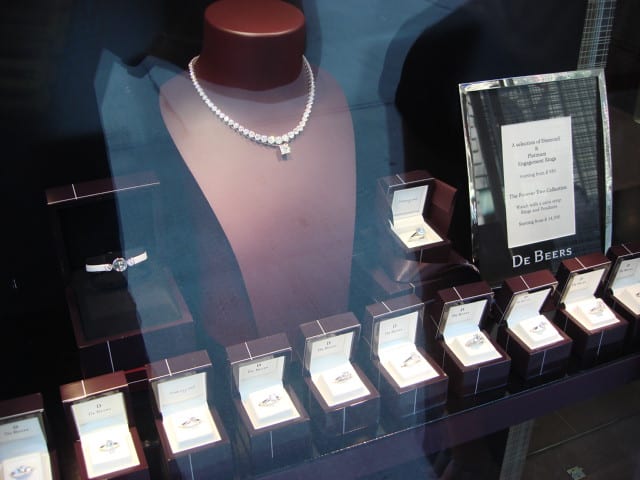 The history of diamonds – Part 2

Part 2 of our series looking at the History of diamonds. (Part 1 is The History of Diamonds and mining them.)

Diamonds have existed for millennia, and have been prized by humans for hundreds of years, but they were rare, and often restricted to royalty and the very rich.  However, in the late 19th Century a revolution occurred, when commercial diamond mining began in South Africa.  This radically altered the availability of diamonds, and it became possible to market them to ‘ordinary people’.

British imperialist, politician and mining magnate Cecil John Rhodes enters the diamond story in 1871, appearing at Kimberley Mine in South Africa at the age of 18.  Over the next few years he rose in the industry, and in 1888 he formed De Beers Consolidated Mines, buying up all the small local mining operations, leading to an almost-complete domination of the world diamond market.  In 1889, De Beers negotiated to sell a fixed quantity of diamonds at an agreed price to the London-based Diamond Syndicate, regulating output, and maintaining prices.  This proved an advantageous business model – in the diamond price slump of 1891-92, supply was reduced, to maintain the price. 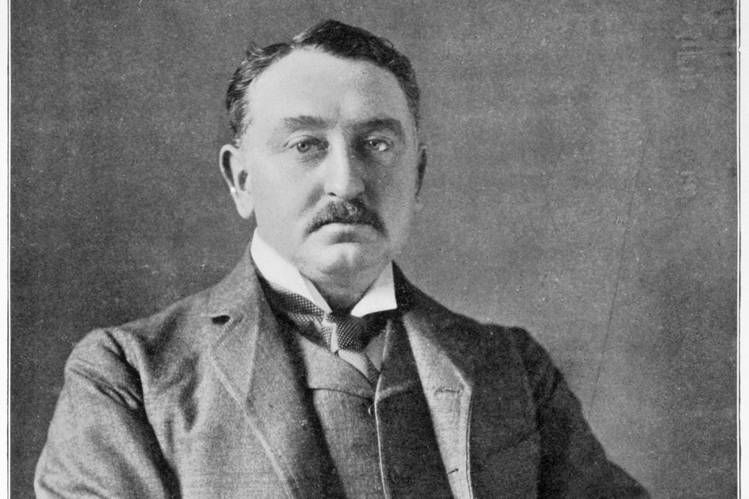 Diamonds were found in other areas, including the Transvaal region of South Africa, but there was reluctance from those landowners to become part of De Beers, although they eventually joined during the First World War. The Cullinan diamond, the largest rough diamond ever discovered, came from there in 1905, and was presented to King Edward VII of Great Britain, on his birthday in 1907.  The uncut stone was split into nine major stones, and 96 smaller ones, with the larger ones finding homes in the British Crown Jewels and royal jewellery collection.

De Beers had two major operating principles, (or so it seems, from outside) – to make everyone want to buy these exclusive things called diamonds, and to make sure that everyone bought their diamonds from De Beers. The organisation understood that to increase the perceived value of diamonds, they had to be made hard to get, with limits on the production, or at least the availability, of the stones. And to do this, they needed to hold a monopoly on the supply.  They operated as a cartel, throughout the twentieth century.  If an independent diamond producer began to sell on the international market, De Beers would attempt to persuade them to join the De Beers Group.  If they weren’t interested, then De Beers would flood the market with stones similar to the ones that were being produced by the other company. De Beers would also purchase and stockpile diamonds produced by other companies, especially when the prices were low, for instance during the Great Depression. Up to the 1980s, De Beers’ market share of the diamond industry was around 90%.

And as far as making everyone want diamonds… well they had a marketing team par excellence.

De Beers essentially created the diamond solitaire engagement ring, making it almost necessary to propose to one’s girl with a diamond solitaire. They began a marketing campaign in 1939 aimed at increasing the uptake of diamond engagement rings again, especially in the younger market, after a slump in prices during the Great Depression.  They raised public awareness of the Four C’s – Cut, Clarity, Carat and Colour, but the slogan that everyone associates with diamonds was coined in 1947.  Frances Gerety, working for N W Ayer & Son advertising agency in New York, came up with it, and ‘A diamond is forever’ is recognised in the advertising industry as one of the greatest advertising slogans of the 20th Century.  It drove campaigns for De Beers for decades, together with the ideas that a diamond is the only acceptable stone in an engagement ring, and that ring should cost a month’s salary, rising to two months, and most recently, three months.

De Beers also ‘invented’ the idea of eternity rings and trilogy rings, expanding the opportunities to market their stones, as most people endeavour to only get engaged once!

Since 2000, De Beers has been subject to a number of legal challenges involving price fixing, in various countries, and for the most part has been found guilty. The monopoly they held over the industry created conditions where they could manipulate the market and create huge profits for those at the top of the tree.

Altogether, the operations of De Beers go to prove the adage that ‘power corrupts, and absolute power corrupts absolutely’. And it is ironic that the diamond, prized for its pure colour and sparkle, should become so tarnished behind the scenes.  And we’ve not even looked yet at how diamonds are produced.

Parts 3 and 4 in our series cover the rise of blood diamonds and Lab Grown diamonds, if you’re interested.