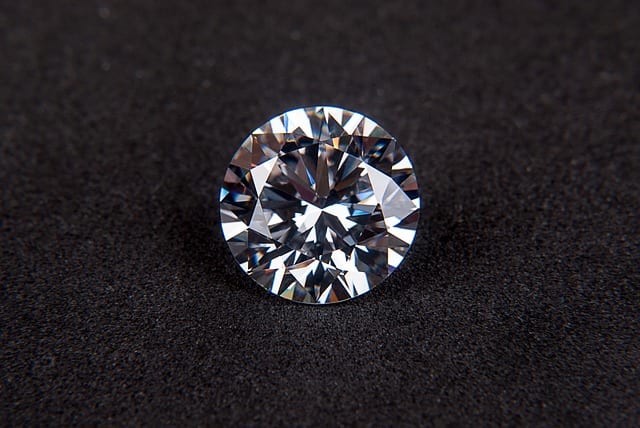 The history of diamonds – the rise of lab-grown – part 4

This is the final part in our series of blogs about the history of diamonds.  We’ve looked at the rise of diamonds down the ages, from the jewels of kings through the rise of De Beers and the mass popularisation since the 1940s, while also examining the environmental and human impact that has been an unpalatable factor in the modern story.

Many people are loosely aware of these facts, and more are finding out the truth of the diamond industry as time passes.  And therefore alternatives are being developed.

Some are avoiding diamonds altogether, which is a fair stance, and would make perfect sense if there was only one source for diamonds.  However, in much the same way that baleen, whalebone, was used to make corsets, a man-made alternative is now available, that is less damaging.

Other diamond alternatives are also promoted, such as moissanite (silicon carbide), or cubic zirconia.  Moissanite is also lab-grown, therefore internally flawless, and carries a slight fluorescence, or haze, and produces greater ‘fire’ than a diamond, making it look synthetic. Cubic zirconia has long been the affordable choice for a diamond alternative, but these stones are not hand-cut, and have a ‘fake’ appearance, and don’t reflect the light as well as a diamond.  They are also very soft, and are prone to cracking, chipping and going cloudy.

You can find out more about these elsewhere on our website.

Lab-grown diamonds have been created since the 1960s, exposing graphite to high pressure, and only creating small stones, or powder.

Diamonds created in a lab are chemically identical to mined diamonds, with all the same properties of hardness, refraction of light, and fire, and because they are created, they can be made to measure.  Size and colour can be designed in, and then the stones are cut as with a mined diamond, so that the shape of the stone, the colour, the cut and the carat can be chosen.

HPHT (High Pressure, High Temperature) and CVD (Chemical Vapour Deposition) have become the standard means for growing diamonds in the lab.  HPHT uses vast amounts of energy to create a pressurised environment in which the diamonds are created, and the resulting gem-quality diamonds are usually around 10-30% cheaper than equivalent mined diamonds. Industrial diamonds are also commonly created in labs.

The Ethica Diamond is created by growing CVD on the mantle of the stone, which is a unique method, and results in a stone with the same hardness as a diamond, mined or lab-grown.

There has been a sea-change in the way consumers are purchasing, in recent years.  The environment and ethical considerations are becoming more important, with single-use plastics hitting the headlines as a major topic in 2018. Other hot-topics have included sweatshops, Fairtrade, and food miles, but while the focus changes, the subject doesn’t go away.

Consumers are becoming more savvy about where their goods are sourced, and how they are produced, and people are increasingly seeking out niche producers as an alternative to big multi-nationals, whose methods and ethics they no-longer trust. People are voting with their wallets.

This has coincided with developments in the technology used to create diamonds in the lab, meaning that they are becoming cheaper and more widely available.  Plus the perceived growth in the market has encouraged more investment in the sector, which has been building dramatically over the last handful of years.  Under our previous name KinetIQue, we have been part of this from before many jumped on the bandwagon, selling the Ethica Diamond since launching in 2012.

Forbes, global media company focussed on business and technology, has recently predicted that the market for lab-grown diamonds is heading for major expansion. Their figures relate to America, where the lab-grown diamond market is worth $150m at present – but they estimate it will grow to $1bn by 2020, and exceed sales of mined diamonds. (Click here to read the full Forbes Report Diamonds Disrupted – how man-made diamonds will disrupt the mined diamond industry)

The perception of lab-grown diamonds as ‘fake’ has been diminishing, and awareness has risen, especially with the environmentally aware.

Increasingly, research shows that customers are not agreeing with The Diamond Producers Association’s new marking strategy that the only real diamonds are the mined ones. Their new slogan, was introduced in November 2017, and says ‘real is rare’. This, coupled with the industry’s efforts to ensure that any diamonds that are not mined are described with qualifiers such as ‘man-made’ or ‘lab-grown’, shows that the mined diamond industry perceives lab-grown diamonds as a threat to their livelihoods.

They are fighting tooth and nail to prevent creators of diamonds from using the term ‘cultured’ to describe their gems, and you can see why. ‘Cultured’, while entirely correct in the sense that it means to be grown in a lab, to take its other meaning gives the implication that other alternatives are uncouth.

Here at Ethica Diamonds, we have been using Fairtrade gold, and recycled gold and other metals, since the beginning, and are committed to sourcing our products in a manner which does not harm the world in which we live, and its inhabitants, human or otherwise. Our business is built on this foundation; it’s not an add-on, or Eco-range that we’ve developed to meet demand.

We regularly have customers coming to us who say that they didn’t want a mined diamond, and hadn’t bought diamonds for years, because of the appalling ethics of the mined diamond industry.

We are proud that the Ethica Diamonds we sell are not mined, and delighted to put the mined diamond industry into a spin, as they try to clean up their act and produce their gems in a more ethical fashion. However, we believe that it’s too little, too late, and the mined diamond industry will always have blood on its hands that no amount of marketing spin can wash away.